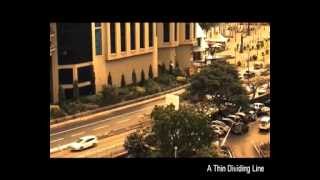 A documentary film on the working of tax havens in the context of the double taxation avoidance treaty between India and Mauritius.

Mauritius, a clutch of islands in the Indian Ocean, is the eastern-most point in the continent of Africa or, some would say, the western-most point in Asia. India and Mauritius share a special and unique relationship in more ways than one. More than two-thirds of the country’s population of 1.4 million are people of India origin. From the early-nineties onwards, for more than two decades, roughly 40 per cent of the total accumulated Foreign Direct Investments into India and the net inflow of Foreign Institutional Investments into Indian stock markets have been routed through Mauritius.

In August 1982, the governments of India and Mauritius signed a Double Taxation Avoidance Treaty ostensibly to ease business opportunities and attract international investments to the Indian economy. While government officials and bankers in Mauritius claim they comply with internationally accepted rules and standards for financial transactions, many unscrupulous individuals in India have taken their illegal earnings outside the country, moved the funds through different jurisdictions and brought these back as clean, white money by a process called round tripping or treaty shopping, thereby cheating the government’s tax collection authorities. The deals are done through shell companies also called shelf companies, or postbox firms or nameplate companies, set up by lawyers and accountants,

In India, laws and rules have been created and defended ostensibly because these have helped attract foreign investments. However, the country has not necessarily benefited from all these foreign investments to the extent envisaged or anticipated. Greater transparency in financial transactions, stricter regulation and more effective implementation of existing laws are needed. Even if certain financial transactions adhere to the letter of the law, not all of these are desirable or beneficial for humankind.