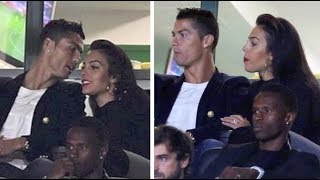 For those who aspire to higher sporting skills, focus inevitably shifts from  breaking the target to the final score. It is here we begin to look at the miss. Why did we miss that target? For that matter, how did we hit the previous one?

Those are very good questions.

In the beginning, just hitting the target seems a worthwhile goal. We read, we watch and we listen, all to improve. Do this—don’t do that. Getting a handle on the tangibles, like equipment, is first. Next comes strategies and methods—the mechanics of sporting. Gradually, the game makes more sense. Where to point the gun and how to get it there are calculated and the number of hits begins to outnumber the misses. For those who are patiently building their game, the next round of clays will be better. Slowly but surely we grind concepts into skills. The diligent assembling of techniques, instincts and trust, yields higher scores more often.

Sporting clays is not complex. However, because it is a game of ever-changing variables, shooting progress can appear to be downright unfaithful. It isn’t. Your progress is intact. But you’re right, something is missing. There’s that word inconsistency again. A worthwhile goal would be to better manage these variables, physically and mentally.

A few years back, I had an epiphany I would like to share with you. It hit me, literally, like a thunderbolt. In as few words as possible, here was the revelation. To be consistently successful at sporting clays, I believe two things must happen. First, the shooter should know what to do before going into the box. If you can’t break it in your head, you will more than likely struggle in the stand. Second, and most important, the shooter must be able to do the same thing twice.

Carol’s in her second year, an intermediate, shooting about eight hundred targets a month. Her 75+ average confirms her progress. She also struggles with an inconsistent performance. Having just broken eight targets in a row, pointing at the last break she asks, “Why can’t I do THAT all the time?”

From your chair, over the years we’ve been going around the bases covering this topic and that, each one contributing to the hit or miss. As we work towards a better performance, some techniques deserve a higher priority than others. One step at a time, the goal is to get a grip on some consistency. Here is a particularly important step.

Standing behind her and to her right, I was able to see something she didn’t. It was true that she broke the target eight times. The cause of her inconsistencies were in those eight targets. What Carol didn’t see was that she used two different shooting methods over the span of eight targets. In random order, three were shot with swing though and five with a modified form of sustained lead. No, I’m not kidding, and yes this is common.

When I asked Carol what method she was using she said, “I think it’s pull away.” Not wanting to over-complicate, I asked her what she saw over the barrel. As do many others, she replied, “I’m not sure.”

Sporting clays continues to be an elegant sport born of long tradition, fulfilling our wingshooting passion to experience the wing and shot. Feather and clay, inescapably tied, grants us so many learning opportunities to hone our skills, a path of personal growth that affords us a refreshing, unbiased look at ourselves. Time and again, my students have learned how entirely more capable they are than once thought. The American sporting clays shooter can honestly and proudly say, in a very short period, he has indeed advanced to take his rightful place among the best in the world. And, let’s not forget, no one is having more fun out here than you and I are.

The events, times, places and persons in my articles are all true. While I changed a name here and there, 100% of the information came from my experiences with you. Each tournament, each lesson, each experience with you generated the material for my work. I am grateful.

We hope you enjoyed the first part of the article and will visit us online to browse the numerous collection that is available.  Until then, happy Sporting!