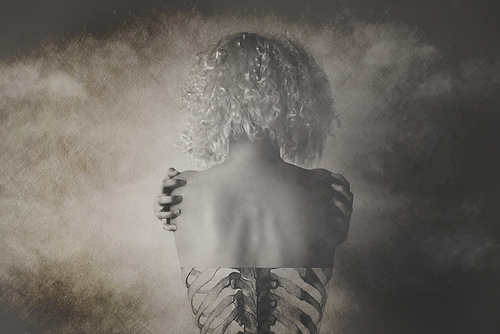 Anorexia in cats is a symptom and not an actual disease. While it is often caused by an underlying illness it can also be the result your cat is recovering from an illness. However, there are several cases in which your cat may just be a very picky eater.

If it is a case of your pet losing their appetite and just not wanting to eat, there are several remedies that may help to jump start your cat to begin eating again.

Anorexia is much different in cats than in humans where it is considered by many to be a psychological issue; while in cats it simply means that your pet has a decrease of appetite, or in severe cases, a complete loss of appetite. But not eating will soon lead to malnutrition in your pet and this could take their life if it continues.

Your cat stores the fat that is derived from foods in their liver. Extended periods of your pet not eating properly will start to put pressure on the liver which is where the fat reserves are stored. Prolonged bouts of anorexia will eventually cause several forms of liver damage, including hepatic lipidosis, which is also called fatty liver.

As all cat owners know all to well, some cats are such picky eaters that they may actually starve themselves until you find the right combination of some type of food grouping that they will eat. There are several underlying diseases that can be the actual cause of this condition, and this is something that you will need to have checked for very quickly by your veterinarian in case there is a disease that is causing this condition.

The food intake by your cat is actually controlled by a series of both internal and external influences. There is a process that is known as the CNS phenomena and it is more common in cats than any other type of animal. Cats are carnivores and they must have their meat. When your cat ingests meat and protein the result is the absorption of amino acids that cross the blood brain barrier.

Cats display a very strong preference to foods that are acidic and they rely very heavily on their sense of smell in the selection process. The sense of smell is also believed to trigger the signals in the brain that what they are about to eat is correct. If something is different, there may be no underlying cause at all for your cat suddenly not eating to the point of becoming anorexic, but instead, it is this strange phenomenon that they seem to have.

Many owners have tried to switch the diets of their cats for several reasons that may include the newest fad diet or for economic reasons. But the bottom line is that your cat likes certain foods. They like foods that are moist and have high fat levels such as meat, moderate levels of protein, fish, diary products, eggs, and poultry. They also love yogurt and certain types of baby foods that tantalize their palates.

Cats have a very strong palatability to smell, taste, and texture. It has been a long held belief in the medical community that as hunger increases, palatability will decrease, especially with the CNS phenomena as it relates to stimulating eating. That seems to be true in almost every living species, except cats. They will do just the opposite.

Anorexia is cats are always caused by food aversion but it is not always caused by illness. If your cat suddenly stops eating or slows down to the point that it is starting to cause you concern and is not from an illness or a new medication, you may want to step back and look at what you have changed in routine with your cat.

There are several natural treatments with vitamins as well as other food stimulants that can get your cat eating again. At this point if you know it is not any type of an illness, there are several things that you can try.

Have you recently changed your cats feeding dish? A dog could care less if you changed their dish and if they had their way, they would eat the dish. But remember that cats are very, very picky. Your cats feeding bowel should always be very wide and very shallow. Cats do not like their whiskers to be touched.

If your cat has difficulty in getting to their food and their whiskers touch the side, they will start to use their paws to get the food out. This will naturally inhibit your cat’s ability to eat and the goal is to stimulate them back to eating healthy again.

Instead of feeding your cat just once a day, start to feed them two to three times a day. Increase the amount in each feeding until you can get your anorexic cat back to where it becomes stimulating for them to eat again. However, this will also give them more food than normal until you can get them stabilized.

Stroke Your Cat While Eating:

Cats love to be touched and this signals a relaxing message to their brain that everything is back to normal, at least in their world. It also helps to stimulate the nerve cells.

Use Additives and Nutrients:

There are several natural flavorings that you can add to your cat’s food such a chicken broth and beef broth. It will help to stimulate their senses as well as adding moisture to their food. Also try heating their food as this stimulates the sense of smell and the added aroma will help them eat.

The B class of vitamins is extremely important to a cat with eating disorders. Most any type of commercial cat food does not contain enough to start with, but deficiencies, especially of Vitamin B1, can cause brain seizures. The B class of vitamins helps in the CNS phenomena with cats as they help to stimulate the nerves and well as the appetite.

If not caused by an illness, anorexia in cats is something that can be prevented if you are patient and work with your cat. They are very picky eaters to start with and understanding some of the stimulants and nuances common to cat eating disorders, could help change this very serious condition back to normal.