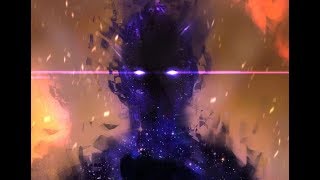 Astral Projection Top 10 Most asked questions
Is Astral Projection dangerous ? Are there evil beings in the Astral plane ? Can I have sex in the astral world ? Can I spy on people, and
much more questions will be answered in this video.
Astral projection (or astral travel) is a term used in esotericism to describe a willful out-of-body experience (OBE), a supposed form of telepathy, that assumes the existence of a soul or consciousness called an “astral body” that is separate from the physical body and capable of travelling outside of it throughout the universe.

The idea of astral travel is rooted in esotericism and occultism, and was promoted by 19th century Theosophists — philosophers who explored the mystical and preternatural origins of the natural world. It is sometimes reported in association with dreams, and forms of meditation. Some individuals have reported perceptions similar to descriptions of astral projection that were induced through various hallucinogenic and hypnotic means (including self-hypnosis). There is no scientific evidence that there is a consciousness or soul which is separate from normal neural activity or that one can consciously leave the body and make observations. Claims of scientific evidence of astral projection are pseudoscientific.
The expression “astral projection” came to be used in two different ways. For the Golden Dawn and some Theosophists[39] it retained the classical and medieval philosophers’ meaning of journeying to other worlds, heavens, hells, the astrological spheres and other imaginal landscapes, but outside these circles the term was increasingly applied to non-physical travel around the physical world.

Though this usage continues to be widespread, the term, “etheric travel”, used by some later Theosophists, offers a useful distinction. Some experients say they visit different times and/or places: “etheric”, then, is used to represent the sense of being “out of the body” in the physical world, whereas “astral” may connote some alteration in time-perception. Robert Monroe describes the former type of projection as “Locale I” or the “Here-Now”, involving people and places that actually exist: Robert Bruce calls it the “Real Time Zone” (RTZ) and describes it as the non-physical dimension-level closest to the physical. This etheric body is usually, though not always, invisible but is often perceived by the experient as connected to the physical body during separation by a “silver cord”. Some link “falling” dreams with projection.

💫 Daily videos on interesting topics like psychology, philosophy, spirituality and much more. Join us and expand your knowledge and spiritual awareness 💫