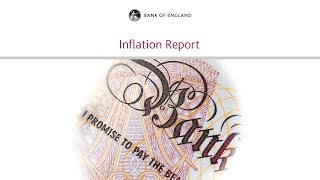 Despite pressure brought about by rising inflation, with the retail price index for 2010 standing at 228.4. It has not been this high since 1979 when the base rate varied between 14 and 17 percent. Inflation is quite a concern for the monetary policy committee (MPC) with two of the nine members voting for a rate rise and one more voting for more quantitative easing (QE). With the rise of the Consumer Prices Index (CPI) to 3.7% which is considerably higher than the 2% which is the target rate.

The MPC are torn between raising the base rate in order to try to slow down inflation or to keep it low to try to aid the economic recovery. The decision not to increase it this month was probably swayed by virtue of the fact that high inflation is currently being driven by high commodity prices and the hike in VAT, which means that a hike in the interest rates would not have had the desired effect. Add to that the basic need to get the economy back onto an upward trend, didn’t really leave them with many alternatives.

So why is the rate of inflation so important?

Keeping the inflation rate down is very important because high inflation reduces the value of the pound, also once inflation gets hold of the economy it is extremely difficult to shake it off. Prices go up which means that we want an increase in our pay so we can cope with it, which means that manufacturers increase their costs driving further increases in inflation.

Why has the low base rate not meant more borrowing?

Although the base rate has been low since March 2009 the rates that are charged by the lenders and credit card companies have been considerably higher. This is primarily because the banks are frightened that they will not get their money back when they lend it, so they build a buffer into the rates that they charge to ensure that they remain in profit.
Another factor in the bank’s decision not to increase the base rate was probably the fact the Gross Domestic Product (GDP) contracted by a half percent in the last three months of last year, causing fear that we were slipping back into recession.

So What is GDP?

GDP is a three monthly measure of the state economy over the three months just gone, and it can be measured in three ways.

• Output measure: This is a measure of the total value of goods and services produced by every sector of the economy.

• Expenditure Measure: This is a measure of the amount of money spent on goods and services, including the net value of exports i.e. exports minus imports.

• Income measure: This is a measure of the total amount of income generated mainly from salary and profits.

The problem with the GDP is it shows what has happened in the past and not what is happening now and what we can expect in the future.