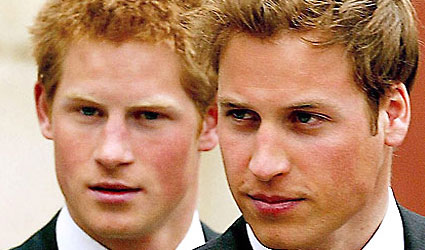 The great wait is finally over and the most sensational movie of the year is about to be released. Harry Potter and the Half Blood Prince, which is to be released in July, is already creating headlines all over the internet and newspapers. Crazy fans are swarming everywhere to book their copy of the movie.

The plot of the movie promises to bring you the darkest adventure of the series with a touch of romance along with it. David Yates has done the direction making the story line and dialogues quiet similar to the novel avoiding editing out major scenes. In this movie, Harry’s mission is to destroy Lord Voldemort before he kills Harry and the people dear to him.

In this movie, professor Dumbledore takes up the task of guiding Harry and giving him private lessons. In these lessons, he takes him to various trips of his memories of Lord Voldemort, and tactfully explains him the strategy behind the Dark Lord’s acts and moves. Harry studies his most dangerous enemy’s dark past and learns about his weaknesses. Now his role is to destroy the Horcruxes that holds the soul of Lord Voldemort.

In the previous movie, Harry came across the fact that when he was born, a prophecy was made that predicted that he would be the one to finish the Dark Lord and either one of them could survive. The real story behind the prophecy was that when it was made, one of Voldemort’s faithful followers heard a part of it and spilled out the news to him.

This flared and challenged Lord Voldemort’s power and strength and he set out to finish off Harry. First, he killed his parents and then attempted to kill him. As a result, he himself got half perished and lost his body and his soul became almost nonexistent. Harry was left with nothing but a scar on his forehead.

The Dark Lord plans to appear at the ministry himself and a battle breaks out among the members of The Order Of The Phoenix and the Death Eaters at the Ministry Of Magic as the news is spread that Harry is in great peril along with his friends. As a result Harry losses one of his closest and only existent godfather Sirius Black.

Voldemort again fails to listen to the prophecy, as it falls from the hands of Lucius Malfoy, who is his faithful Death Eater, but does get the hint that Harry has been prophesised as the wizard who will destroy him in the end. In the latest upcoming movie, Voldemort makes plans of entering the safe walls of Hogwarts and taking over the place.