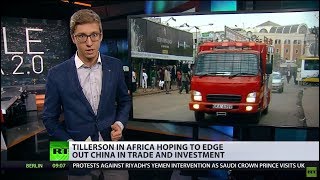 Sell Both the amount of surge. Reporter learned from the Ministry of large and medium markets, from at 1:58 p.m. on the 29 April to 3 May at 17:00, less than five days, the new tower sized living museum of all store sales led by a “blowout” sales rose 85 percent, leading the capital appliance stores, re-writing the industry legend.

Shang Ming, general manager of Dazhong Electronics
right told reporters: “From 51 years the overall market situation, regardless of the past seven days of vacation, or is it a small vacation after two years of downsizing, the consumer has formed five a golden week focused on the consumer shopping habits. April 23 Japan-China Tower Museum new live 72-hour anniversary promotion is not sustained after the closing, obviously feel very strong consumer demand for home appliances, we and the companies are optimistic about the year before in 51 Golden Week, the general optimism. We also expect none other activities as long as the promotional efforts in place, this year, 51 more than last year sales should be no problem, so face the same period last year jumped 85% last year, 51 sales data, we are not surprised . “

Hao Li Ju Hui sent to the night market
Beijing people enjoy the benefits “Audience Wu Zhe, the over 1,000 from 368, the night market hedging send Hao Li Kui Wai, … …” Golden Week, medium and large well-known linkage major manufacturers, large-scale promotional activities carefully promotions. April 29 at noon the first to start the night market promotion, and the direction of the city’s East and West 22 stores set of four huge benefits the main venue, promotion front stretch 51 to facilitate the choice of a time close to shopping. 13:58 Start of the night market activities, marketing war set off a 51 home appliances. Have idle time to wait Promotions people flocked to the main venue of the major stores, I hope the first time buy discount appliances and receive as many as possible

LCD TV , Prior to the tower saw the new living museum several times, phase of a 40-inch Sanyo TV, on the other today, buy cheap listen to sales personnel, which Sanyo to medium and large models have exclusive promotional price for The new price is only 3,600 yuan cheaper than before to see nearly 400 yuan, so today did not rerun the other store, straight from the tower.

In the 51 large and medium electrical
substantially none other activities, the implementation of ultra low-cost model does not limit policy. No low-priced products to eliminate the false slogan, and the product is very much involved, including

5 Tina over 200,000 customers
Tajikistan Better Life Capital appliance stores as the benchmark, the new Activity Center towers once again stand out, dominate, traffic and sales to new high on April 29 to May 3, 5 days in the tower of new passenger Living Museum flooded, according to medium and large staff to rough statistics, more than 20 million satisfied customers.

Missed living in the tower new grand museum on April 23 Dianqing people, 51 did not miss the opportunity again. “From the 29 day and night city at 2 o’clock on the 2nd until about the customer that a basic leave, staff Lianzhou Zhuan, a last resort and from the company of other stores and departments to support deployment of nearly a hundred colleagues, staff, or seemed to be somewhat inadequate, but we work enthusiasm is very high. “slightly tired of the large and medium in the tower shop manager told reporters. It is understood that to the people in the tower shop to shop, many of which are his family shopping, and more than Liucheng consumers to live in the new Museum Tower, is to store the largest one-time complete the needed repairing household appliances, such can receive the absolute value of the LCD TV, and open the door

The US Secretary of State Rex Tillerson is on an official tour of African nations. Ahead of the trip he stated that China’s investments are detrimental, as opposed to Washington’s ‘responsible efforts.’