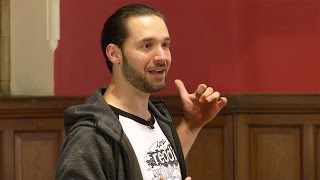 It goes without saying that the more we evolve, the better we perform, the more we can have and the happier we can become. On the other hand, we must face the fact that personal growth demands some efforts. To that effect, Alexis Carell, author of the book, Man the Unknown, gave us these immortal lines…

“It is not easy for man to change because he is at the same time the block of granite and the artisan who must, through powerful stroke of the hammer, chisel out of his own substance the masterpiece that he wants to become.”

Granted, it’s not easy to change and grow but there are some guidelines that can help us on that quest. First and foremost, we must believe that it’s possible to change. Many erroneously believe that trying to change who we are is actually a form of negation toward our true identity.

Nothing could be further from the truth. We change all the time. A quick look backward to the past decade will confirm that. We all have changed in the past ten years… but the question is… was it a positive change, a negative one or simply a change?

Once that we have accepted the notion that it is possible to change the second thing that needs to be done is to decide that we are going to be a work in progress for the rest our of life because that is what is required to acquire full self-actualization.

Very little self-improvement is possible without the will to do it. We cannot grow in an atmosphere of complacency. We need a certain thirst and a certain hunger for growth. Anything good that is not actively stimulated for growth will wither and decay.

These were the first references that we had of who we were. Since we had no other references, we believed and accepted most of these people’s suggestions and that’s how most of our identity was formed. We believed what we were told, became literally hypnotized by those suggestion and, for the better part, this is who we believe that we are to this date.

These limiting beliefs are exactly the areas where the most growth and self-transformation could be achieved. We have more potential than we could ever dream that we have. Finding out what we are really capable of should be a life-long search. That’s what self-actualization is all about.

We are work in progress. We are potential that needs to be discovered, exploited and used. No matter where we are in life, chances are that we’ve only scratched the surface of what we could really be. Our life’s purpose is self-discovery and self-actualization. That’s a fundamental axiom that should always be present in our mind.

Armenian-American entrepreneur, activist and investor, Alexis Ohanian is famous for co-founding the social news website Reddit, the 25th most visited website in the world. He currently sits as the Executive Chairman of the company, and recenty began dating tennis superstar Serena Williams.

ABOUT THE OXFORD UNION SOCIETY: The Oxford Union is the world’s most prestigious debating society, with an unparalleled reputation for bringing international guests and speakers to Oxford. Since 1823, the Union has been promoting debate and discussion not just in Oxford University, but across the globe.