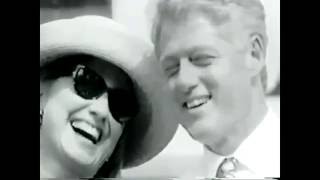 Bill Clinton, the 42nd president of the United States, was born William Jefferson Blythe III on August 19, 1946, in Hope, Arkansas. His father died in a traffic accident three months before he was born. When he was four years old, his mother wed Roger Clinton. Bill took the Clinton family name at age 14.

Clinton excelled both as a student and as a saxophone player, and once considered becoming a professional musician. In high school, he was a delegate to Boys Nation and met President John Kennedy in the White House Rose Garden. That meeting gave him the desire to pursue a life of public service. Clinton graduated from Georgetown University, and then in 1968, won a Rhodes Scholarship to Oxford University. After receiving a law degree from Yale University in 1973, he entered politics in Arkansas. He was defeated in his 1974 campaign for Congress in Arkansas. The next year he married Hillary Rodham, a graduate of Wellesley College and Yale Law School.

Famous For: 42nd President of the United States, second president in U.S. history to be impeached.

Significant Quote: “There is nothing wrong with America that cannot be cured with what is right with America.”

Fun Quote: “I tried marijuana once. I did not inhale.”

Clinton was elected Arkansas Attorney General in 1976, and then went on to become governor in 1978. Elected to office at the age of 32, he was the youngest governor in the country. He lost a bid for a second term, but was re-elected four years later. He served as governor of Arkansas until he defeated then-President George Bush in the 1992 presidential race. His running mate was Tennessee Senator Al Gore, Jr. Clinton became the third youngest president in history, following Theodore Roosevelt and John F. Kennedy. He went on to serve two terms (1993 – 2001). In 1998, Clinton was impeached as the result of allegations of sexual indiscretion with a young female White House intern. He was the second U.S. president to be impeached by the House of Representatives. He was tried in the Senate and found not guilty of the charges brought against him. He apologized to the nation and continued to have astounding approval ratings as president, even though many Americans questioned his morals and ethics.

During Clinton’s presidency, the nation enjoyed more peace and economic security than at any other time in its history, the lowest unemployment rate in recent history, the lowest inflation in 30 years and the highest home ownership in the nation’s history. Crime rates also dropped in many cities and unemployment rolls were reduced. During his administration, he proposed the first balanced budget in years and achieved a budget surplus. As part of a plan to celebrate the millennium in 2000, he called for a national initiative to end racial discrimination.

Since leaving office, Clinton has been involved in public speaking and humanitarian work. He founded the William J. Clinton Foundation, which promotes international causes, such as treatment and prevention of HIV/AIDS and global warming. In 2004, he released his autobiography, My Life. Clinton currently resides in New York with his wife, Hillary, the Junior U.S. Senator for the state. They have one daughter, Chelsea, who was born in 1980.

this for historical use only documentation of the Clinton’s history please share and let History be the judge.