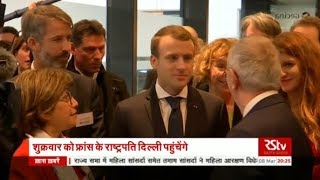 Brittany, or Bretagne, is the charming north west region of France known for its amazing seafood (oyters in particular), beautiful beaches, pink granite cliffs and ancient history. Finistere, at the most westerly tip, appropriately means ‘end of the earth’. The port of Roscoff receives overnight ferries from Plymouth, England and is a popular route for holiday makers who are welcomed to this rocky coastline.

Centuries old stone-built cottages line the streets of every small village. Solidly built and grey with hints of colour, they are part of the charm of this area. Local fishermen still make a living from the oyster beds along the jagged coastline while the beautiful sandy coves make it a popular area with holiday-makers.

Further south the Brittany coast becomes gentler, with wooded ravines leading down to charming coastal villages. Brittany enjoys a mild climate but does get plenty of rainfall with sunny summer days reaching 30C.

Brittany Culture
Brittany still holds dear some of its unique heritage such as galettes (a type of pancake, similar to a crepe), drinking cider, playing Celtic music and wearing traditional local costumes. Rennes is the regional capital; Vannes and Dinan have lovely medieval half-timbered buildings along with local markets, cafes and family-owned shops.

On the north coast, defense castles at Fougeres and Vitre still remain remarkably intact after centuries of weathering. They defended Celtic Brittany from invaders (the French!) until the final union with the rest of France in 1532.

Places to Visit in Brittany
Carnac offers a site of great historic importance. Rows of stone megaliths, known locally as ‘dolmen’ scatter the peninsula yet their purpose and significance remains a complete mystery. Other stone work can be seen at many crossroads on country roads. The Calvary sculptures are elaborate shrines, each with a carved crucifixion scene and are only found in Western Brittany.

The fortified towns in Brittany are wonderful places to explore. As well as its impressive walls and fortress, St Malo has an impressive chateau which now houses the local museum. Other delights to see are the Cathedral of St Vincent, the aquarium and the Solidor Tower which has many maritime relics.

Vitre has a fine castle with pointed turrets and impregnable walls. Visit the museum inside and see the local sculptures and artwork. There is also a Gothic church and a market every Monday which sells local produce, plants and flowers.

Things to do in Brittany
There are several beaches around Dinard with life guards and beach clubs to entertain younger children. Kayaks and windsurfing can also be enjoyed here. St Cast and St Brieuc are also beautiful family-friendly beaches.

Although most people visit Brittany to experience beautiful french beaches, there are plenty of other things to do. Boat trips out of the many harbors offer scenic tours and some include fishing too. Sail to the tiny offshore islands of ‘Les Vedettes de 7 Iles’ which are wild bird sanctuaries. The local pink granite can also be seen here. Tour the military port of Brest from the water, or sail up the River Odet in a glass-bottomed boat.

Finish the day at one of the delightful local restaurants where dining is a leisurely family event. Fresh fish features high on local menus and french cuisine is in a league of its own. Bon appetit!