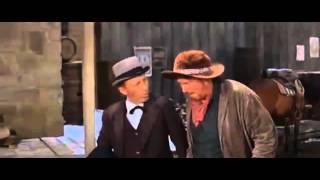 Broadway dates its existence to a busy stagecoach stop for stages traveling from Worcester to London. This location provided a convenient stopover point for both travelers and horses for rest. Today, the “broad way” is the main street that is lined with red chestnut trees and well maintained grass fringes.

Today, Broadway, which still has many 16th century Cotswold limestone buildings maintains its location as a destination for the traveler. The well placed location which many feel was a stopover point for Neolithic hunter gathers still provides a base to explore the Cotsworlds and serve as a home during the Cheltenham Gold Cup.

Broadway has a caravan site, numerous hotels, restaurants, cottages, bed and breakfast lodging and old pubs to explore. The antique hunter has access to multiple antique shops and art galleries. The centralized location of Broadway makes for easy exploring of the Cotswold area.

The Cheltenham Gold Cup is a Grade 1 National Hunt chase. The Gold Cup is run over a distance of 3 miles, 2 ½ furlongs. The race includes 22 fences that must be jumped by the horses and riders. Considered the most prestigious National Hunt event, the Gold Cup has been run since 1924. The Gold Cup has been run continuously at Cheltenham with only a few cancellations due to either weather or World War II. In 2001, the entire Cheltenham Festival of racing was cancelled due to an outbreak of hoof and mouth disease.

The location of Broadway and the Cheltenham Gold Cup racing week make Broadway the place to stay during the races. An abundance of lodging, inns and pubs provide all of the amenities that a visitor to Broadway could ever aspire to. A long tradition of being a stop over place insures that the general populace of Broadway welcomes the visitor and makes the visit to Broadway enjoyable and worthwhile.

On the stagecoach to Cheyenne a mixed group of passengers must work together to survive the arduous journey and the Indian attacks.