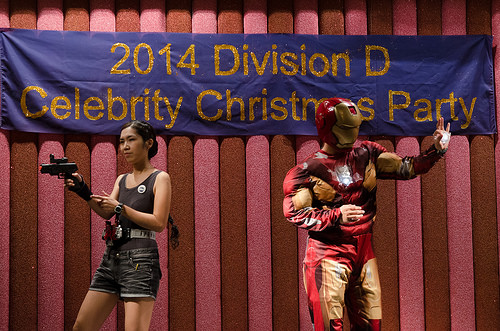 When it comes to a cruise one of the expectations that you hold high is the dining that is available. With P&O cruises these expectations are reached, if not smashed. The reason being is thanks to the vast array of dining options that are open to you. Formal dining rooms, grill restaurants, oriental and pan-pacific restaurants as well as tapas bars and pizzerias are just a selection of the types of dining options that are open to you when it comes to P&O cruises. However the dining option that is taking the cruising world by storm at the moment comes in the form of celebrity chefs opening their own restaurants on board the ships.

There are a number of celebrity chefs who are currently teaming up with certain cruise lines in order to create their own restaurants on the ships and the cruise line P&O are no exception. These restaurants supply a great way for holiday makers to enjoy five star food at reasonable cost, something they wouldn’t be able to do elsewhere.

Each cruise line contracts certain chefs; in the case of P&O they now have three of the top chefs on board; Gary Rhodes, Marco Pierre White and Atul Kochhar. All three of these highly acclaimed chefs hold Michelin stars for their dishes and each of these offer signature styles of food so no matter what food you’re in the mood for there will be something to suit all tastes.

Having your meals cooked by such outstanding chefs whilst on a cruise is adding luxury to luxury. Sampling food cooked and prepared by such chefs is worth coming on a cruise for all by itself. So what should you expect from Gary Rhodes, Marco Pierre White and Atul Kochhar when it comes to the food they will serve whilst working with P&O cruises?

Due to his dedication and continued pursuit for perfection, Gary Rhodes has found himself at the forefront of the culinary world. He is now a well known chef, restaurateur and celebrity as well as author. His various restaurants are what have won him a wide collection of Michelin stars as well as his traditional British cooking, which is what he brings to P&O cruises. Some of the dishes that he serves up are Asparagus and Lambs lettuce salad and Roast beef with foie gras and morel mushroom Madeira sauce. He gives diners a high quality dining experience the likes of which are normally reserved for visitors of his Twenty Four restaurant in London.

Certain Oriana and Arcadia ships are the P&O cruises that Gary Rhodes will be present on, whereas Marco Pierre White will be on board for some of the Ventura, Oceana and Aurora cruises. So what will Marco Pierre White have on offer?

Classic Italian fare is Marco’s speciality, offering simple yet stunning dishes. He has already been named the godfather of modern cooking and is the youngest Briton to be awarded three Michelin stars. As well as sampling his cooking within the ships restaurants you can also opt to buy private cookery sessions to groups of up to eight adults and children. Within these sessions you will join Marco in creating a three course meal as well as get to ask him any cooking questions that you have.

Last but certainly not least Atul Kochhar has recently signed a deal with P&O cruises to bring his culinary skills on board to the company’s new superliner the Azura in 2010. Atul Kochhar is the third Michelin star chef to join this cruise line and he will bring a new restaurant called Sindhu, which means fusion. This will serve holidaymakers with modern British dishes that have an Indian Twist.

Cruise lines all across the country are now enlisting top chefs to open up restaurants on their ships. So if you are going on a cruise this year or you have one planned in the near future then make sure you look out for celebrity restaurants and sample some of the food that they have to offer because let’s face it, this will probably be the only opportunity we get to do this so let’s make the most of it.