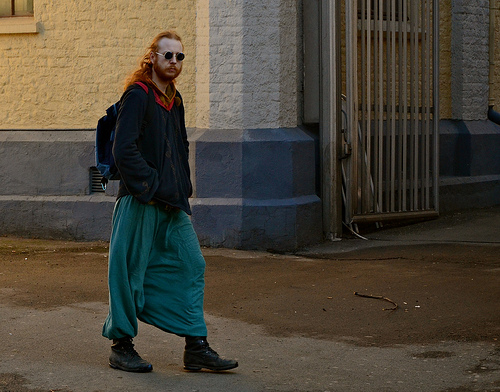 The History of Celtic Jewelry

Jewelry has always been a way to denote status and although wearing a lot of jewelry is deemed too effeminate for modern man, the ancient Celtic men did wear a lot but the type they wore as well as the materials they were created from depicted their rank and standing in the tribe. Jewelry created in the times of the ancient Celts was quite diverse and they focused their designs on continuous patterns.

The Celts were noted for their skills in the art of creating jewelry and in fact the quality they produced matched and at times even exceeded the quality of jewelry made by the Byzantium people. It is hard to understand how these ancient people could create such sophisticated works of beauty with the rather primitive tools they had. They were indeed master craftsmen.

Celtic men used jewelry in both a practical and decorative ways. Brooches or pins were worn in order to fasten their clothing together and they wore gold, silver or bronze in their hair so that they could keep it falling into their face. The Celtic amulet was worn by men as a good luck charm. Charms were also worn around their necks or as bracelets around their wrists. They also sported buckles. Whatever they wore was richly decorated and crafted using ancient Celtic symbols as way to depict their personal characters, social standing or as a means to ward off evil influences. The materials they crafted from were gold, silver and bronze. Gold was reserved for the most important or wealthiest of clansmen.

The jewelry crafted by the Celts can be dated in two ways; one dating goes back to the ancient Celts while the other dates back to after their conversion to Christianity.

Men also wore rings. In fact most married men sported rings much the same as modern men do today but it is unknown whether the ancient wedding rings included Celtic Knots and themes which combine circles, squares, triangle, spirals or crosses like we see today.

Celtic rings are perhaps one of the most ancient forms of jewelry and carried with it a rich tradition. In ancient Celtic times a ring was considered to be the strongest symbol of marriage and they were meant to convey the others never ending love. They were also worn to symbolise the love they had for God and humanity. They consisted of beautifully weaved designs commonly known as Celtic Knots, the strands having no beginning and no end. It is commonly believed that Celtic rings date way back as far as the 1st century BC thanks in part to the advent of the Bronze Age.

The Celtic Brooch or Cloak Pin

The Celtic Brooch or Cloak Pin was worn by both men and women as the only means they had in which to fasten their clothing, in particular the cloaks they so commonly wore. The Celtic Tara brooch is considered one of the most important artefacts of the ancient Celts in existence. It stands today in the National Museum of Ireland and is a perfect example of Christian-era Irish Insular art that dates back to about 700 AD. Men of the day would have worn one that looked like this, however the symbols decorating it would have changed depending on who crafted it and who wore it. The high quality of this particular brooch and its craftsmanship is indicative of the superior skills that existed at the time and the materials it incorporates which are gold, silver, amber and glass suggest that it was made for a very high standing male and this male would have worn it as a decorative item and not for its practical use. This is evident from the fact that it was made in the pseudo-penannular style, meaning that it was not meant to hold clothing.

It is interesting to note that many Celtic brooches or cloak pins of the time contained neither pagan nor Christian motifs in their design and the Tara brooch is no different, it bears instead intricate abstract decorations which we know as Celtic Knot Work as well as images of wolves heads and dragons faces.