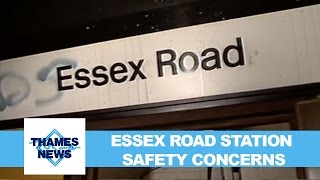 Chelmsford is a town in Essex, southwest of England. It has a population of about 120,000. Chelmsford is close to and easily accessible from London. One feature that distinguishes Chelmsford from most towns in United Kingdom is its uniquely warmer climate which has recorded a temperature of 35 degree Celsius in summer. Snows rarely appear, even in winter. Chelmsford is surrounded by many small but lively villages including, Mashbury, Little Baddow, Great Baddow, Smealy, Chignal Smealy, Dambury, Writtle, Good Easter, Little Waltham, Great Waltham, Pleshey and Pepper’s Green. Chelmsford is not just a market town as it is popularly referred, it has a lot of places of interest.

Chelmsford Museum is a place to visit. It has collection of ancient pottery works and fascinating geological samples.

The tallest buildings in Chelmsford located in Duke street and Melbourne Avenue are The King’s Tower and Melbourne Court respectively.

The major river in Chelmsford is River Can which on several occasions has over flown the beach and destroyed the natural relief. The environmental Protection Agencies have spent a lot of money rehabilitating the beach.

Chelmsford has notable hotels for accommodation, restaurants, cinema, swimming pools, bars and leisure centers. Sporting facilities are well developed in Chelmsford. A major football club in Essex is the Chelmsford Football Club. The home ground is located in Melbourne. The Chelmsford Athletics Club shares the same ground. The most prominent Cricket and hockey clubs in Essex are the Chelmsford Cricket Club and Chelmsford Hockey Club.

The chelmsfordians have evidence of being religious. The Chelmsford Cathedral is another tourist attraction. It was formerly called St Mary’s Church, the second smallest cathedral in England. The smallest is the Derby Cathedral.

Essex Road Station has become a no go area. Security measures put in place. Footage inside and outside of the station including brief interview. £20K placed by the government to place cameras and other security measures as British Rail said it couldn’t afford it…

Thames News was the flagship regional news programme of Thames Television, serving the Thames ITV region and broadcast on weekdays from 12 September 1977 to 31 December 1992.