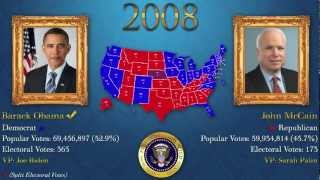 What would you do if you were President of the United States? Read how some children responded and what the Bible teaches us about seeking the wisdom of God. Children’s answers are fun, sometimes quirky and often insightful. Because this article features children’s answers, it’s perfect for reading with or to children.

“If I were president, we could eat dessert every day,” says a friend who answered this question for a Kids Talk About God Arts Festival.

To balance out the ticket, perhaps the dessert president could have a vice president who could tell us how to lose the added weight from this daily indulgence.

Ricky, 7, would make a good running mate for the dessert president: “I would make it so we don’t have to eat broccoli and green beans.”

If kids could vote, the dessert/anti-broccoli-and-green-bean ticket would win in a landslide.

“If I were president, I would scream! Then I would get rid of all the bad guys,” says Lilli, 6.

Some of the bad guys like water, says Quinn, 5: “I would catch the sharks and put them in an aquarium. Then I would get a snack for the sharks.”

Perhaps the dessert president could help choose your shark snacks.

“If I were president, I would let kids pray once before recess and once after recess,” says Coleton, 6.

I’ve always assumed the fences around some schools kept bad guys out. Perhaps they protect innocent passers-by from kids at recess.

“I would pray for God to give me the wisdom to know what to change,” says Marissa, 7.

Knowledge increased exponentially during the 20th century. If we could travel back in time just 100 years, no one would believe our description of modern life. While knowledge has increased, many would argue that wisdom has decreased.

Have you ever wondered what you would ask for if God granted you a wish? This actually happened to a king named Solomon. Like Marissa, he asked for wisdom. Impressed by his request, God gave him riches and power as well. Perhaps we should pray that our presidents follow King Solomon’s example.

Those who have wisdom know how to live life to the fullest. Many traps await us as we struggle to decide which of life’s paths to travel. The wise person knows how to navigate past the pitfalls that ensnare the fool. God waits to provide wisdom to those who want to live in harmony with him.

“If any of you lacks wisdom, let him ask of God, who gives to all liberally and without reproach, and it will be given to him” (James 1:5).

Many readers probably didn’t realize that God is liberal, not in the political sense but in giving wisdom liberally to all who humble themselves to ask.

“I would tell the workers at the White House that they don’t need to be afraid to ask God to help them fix it,” says Mariah, 8.

Our nation’s leaders can’t rely solely on military might when facing terrorists or opposing armies. History shows us repeatedly that the best plans of brilliant generals sometimes fail.

“I would tell everybody who’s afraid of monsters, which aren’t real, that God is with you,” says Noah, 6.

Most of the things we fear never happen. God wants us to cast our cares upon him (I Peter 5:7).

“For God has not given us a spirit of fear, but of power and of love and of a sound mind” (II Timothy 1:7).

Besides telling us to not fear monsters, President Noah would do something else: “I would worship God.”

Is it too early to print campaign buttons that read “Noah in 2036”?

Think about this: Regardless of the person serving as president, we need to pray that he or she would seek God’s wisdom in making decisions.

Memorize this truth: “If any of you lacks wisdom, let him ask of God, who gives to all liberally and without reproach, and it will be given to him” (James 1:5).

Ask this question: Am I praying that government leaders would seek God’s will and wisdom in all matters?