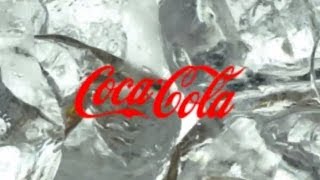 Coca-Cola is a Superbrand.

Subscribe to Superbrands TV for all the latest brand videos:

In a world of global commerce and competition, excellence matters above all else. Outstanding brands distinguish themselves through collaborative enterprise, creative marketing, and superior products. These are exceptional brands which stand apart, elevating themselves to the prestigious distinction of being named a Superbrand.

Participation in Superbrands is by invitation only, and offered to the most outstanding brands in their field. Attaining Superbrands Status strengthens a brand’s position, adds prestige, and reassures consumers and suppliers that they are buying the best brand in its category.

Coca-Cola is a Superbrand. Coca-Cola remains one of the most successful and innovative brands in the world today. The Company’s ongoing brand and product innovation continues to reinforce its leadership in the soft drink industry.

In 2009, the My Coke portfolio became the first brand to top the £1 billion retail sales mark, with 6.6 percent growth in value year-on-year.

Coca-Cola was invented in 1886 by John Styth Pemberton, a pharmacist in Atlanta, Georgia.

CokeZone.co.uk, has grown steadily, and currently boasts nearly two million regular users.
In 2010 the site was ranked the number one FMCG brand website, and won four Institute of Sales Promotion marketing accolades, including a Gold award for Digital Promotions.
Coca-Cola is commitment to environmental sustainability, and currently boasts the remarkable rate of 97 percent recycling of all waste.

Brands within the Coca-Cola Great Britain portfolio are synonymous with innovative and relevant marketing campaigns that reach out to and inspire consumers across the globe.
Coca Cola proudly supports many major sporting endeavors, including the London 2012 Olympics and Paralympics, and the FIFA World Cup Trophy tour.

Superbrands: The most respected universal seal of enduring excellence.
Category: