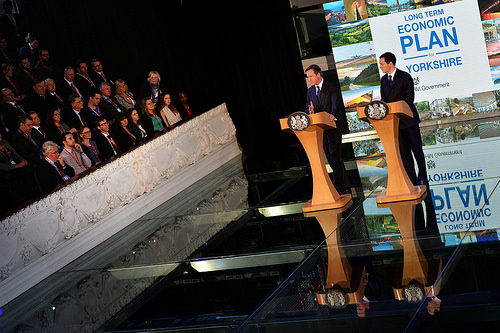 So David came to Saul and stood before him. And he loved him greatly, and he became his armorbearer. And so it was, whenever the spirit from God was upon Saul, that David would take a harp and play it with his hand. Then Saul would become refreshed and well, and the distressing spirit would depart from him.

… when David was returning from the slaughter of the Philistine, …the women had come out of all the cities of Israel, singing and dancing, to meet King Saul … So the women sang as they danced, and said:

“Saul has slain his thousands, And David his ten thousands.”

Then Saul was very angry, and the saying displeased him; … So Saul eyed David from that day forward.

And Saul cast the spear, for he said, “I will pin David to the wall!” But David escaped his presence twice.

… David behaved more wisely than all the servants of Saul, so that his name became highly esteemed.

Then Saul … came to … a cave; and Saul went in … And David arose and secretly cut off a corner of Saul’s robe…. afterward … David’s heart troubled him because he had cut Saul’s robe.

Then [Saul] said to David: “You are more righteous than I; for you have rewarded me with good, whereas I have rewarded you with evil.

So David took the spear and the jug of water by Saul’s head, and they got away; and no man saw or knew it or awoke. For they were all asleep, because a deep sleep from the LORD had fallen on them.

Even though King Saul, initially loved David and greatly respected his judgment and leadership abilities, Saul was dominated by a spirit of jealousy. He gladly made David one of his commanders, and enjoyed the benefits of David’s victories, but he became enraged when David received more praise than he, so much so, that he sought to kill David. Several times, Saul tried to kill David himself with a spear, but even though David was playing the harp at the time, he easily escaped.

As David’s fame increased, so did Saul’s jealousy and his efforts to kill David. When Saul’s son Jonathan was discovered protecting David, Saul threw a spear at his own son in an effort to kill him (1 Samuel 20:32-43). After that, David fled for his life, on a journey that took him throughout the wilderness of Judea, and to Gath, the capital city of the Philistines. Only when David was actually in Gath did Saul cease to pursue him, but whenever he was within Israel, Saul pursued him with all his might. At the same time, Saul was also busy committing other major sins, such as killing Ahimelech the priest, and consulting with the witch of Endor in an effort to contact the prophet Samuel after his death. Saul was attempting to defiantly secure the guidance the Lord had refused to provide him through the forbidden use of witchcraft.

Several times King Saul was within striking distance of David, but David was unwilling to slay the anointed king of Israel. David knew that he had been anointed to be king of Israel by the Lord Himself through his prophet Samuel, and that he would be king in the Lord’s time. But unlike Saul, David was content to wait for the Lord to act, and absolutely refused to act on his own behalf. The Lord called David, a man after his own heart, and David’s desire was for the Lord to accomplish His will, without any contaminating intervention by himself.

So what do David and Saul teach us about faith? First, true faith, continually seeks the Lord’s will and timing. Second, true faith waits for the Lord to accomplish his will, without any additional intervention on one’s own behalf, unless otherwise commanded by the Lord Himself. Third, false faith continually strives to exert one’s own will over the Lord’s, which is a form of witchcraft and is an abomination in the eyes of the Lord.