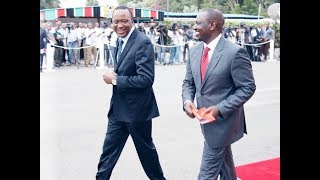 Since President Uhuru Kenyatta declared a lifestyle audit for all public officers in a bid to fight the corruption menace in Kenya, already questions have been raised on how the process will be conducted. While constitutional lawyers argue that there is no legal framework that can compel any public officer to take the lifestyle audit, politicians have already poked holes on the agenda claiming that it will be used to politically target others.