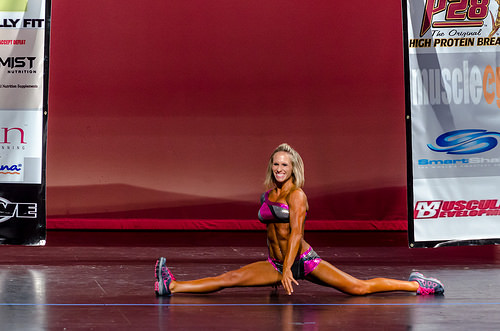 The impact of alcohol consumption is not equal among the sexes. Women may drink less alcohol than their male counterparts and still suffer a greater negative effect on their bodies. Why? Basically most women are smaller in weight and height than men. Thus, when they drink there is less fluid for dilution, less enzyme production for alcohol breakdown by the liver, and available alcohol can readily hide in fat cells which are more abundant in females that in their male counterparts.

How does this translate for women’s alcohol intake? The Dietary Guidelines for America recommend that alcoholic beverages be consumed sensibly and in moderation. The alcohol intake guidelines suggest one drink per day for women and two drinks per day for men. Abstention is an important option, for the hazards of heavy alcohol consumption are well known. Moderation is considered within the standard definition of one drink; which is 12 fluid ounces of regular beer, 5 fluid ounces of wine, or 1.5 fluid ounces of 80 proof distilled spirits.

What do women need to know? I have heard from my patients that drinking, especially drinking red wine, is good for their hearts. The Nurses Health Study suggests that if women consumed one to three drinks a day, there could be a significant reduction in heart disease mortality. This benefit may be for those already at risk for cardiovascular disease. The supposed benefit of moderate drinking appears to disappear in the absence of underlying risk factors for heart disease. Meanwhile, alcohol consumption increases estrogen levels, which can be associated with increased breast cancer risk. So the question for women becomes will increasing your alcohol intake reduce mortality from heart disease but increase your cancer risk?

Cancer – Naomi Allen, the lead author of the women, alcohol and cancer study states, “These findings suggest that even low levels of drinking increase a woman’s risk of developing cancer of the breast, liver and rectum and in smokers, cancer of the mouth and throat.” 1 The study surveyed women visiting breast cancer screening clinics, with a seven year follow up, and found that regularly consuming alcoholic drinks increased their risk for cancer. Even one drink of alcohol daily may increase cancer risk in women.

Alcoholic Liver Disease – Women tend to develop alcoholic liver disease faster than men and with a smaller amount of alcohol consumed. Inflammation of the liver (alcoholic hepatitis) occurs more readily in women, which can lead to death from cirrhosis.

Brain Disease – Heavy drinking is often associated with loss of brain function, atrophy, and reduction in mental ability. Sellers’ study, “Unique Effects of Alcoholism in Women,” describes how the impact of alcohol on the brain is similar for both genders but less time of exposure is needed for damage in females. She cites how changes in the brain’s sensory, motor, and intellectual functions are more pronounced in females with less alcohol exposure than in their male counterparts.

Fetal Alcohol Syndrome – Alcohol consumption during pregnancy can increase the risk of congenital damage to the developing fetus. Infants born to heavy alcohol exposed mothers are at risk for growth deficiencies, facial abnormalities, and neurological conditions. Low birth weight and an increase in spontaneous miscarriage are also noted with alcohol exposure during pregnancy.

The Bottom Line – More research is required to fully understand the impact of alcohol in women. Our current knowledge of the female body physiology and the loud signals from research studies suggest that the health consequences of alcohol in women can pose significant problems. We can no longer assume that a long history of repeated intoxication is the only requirement for organ damage. I strongly urge women to look at their risk factors for illness, their family histories and then discuss these issues honestly with their health providers. Health survival is PREVENTION.