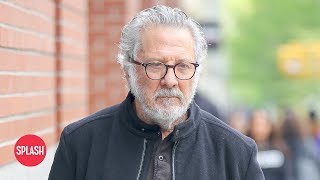 Dustin Hoffman has been accused of sexual harassment by a production assistant who worked with him in 1985, claiming he was openly flirtatious, grabbed her backside, and talked to her about sex while they worked on the movie adaptation of Death of a Salesman.

Add Dustin Hoffman’s name to the growing list of male celebs being accused of sexual harassment.

The Hollywood Reporter published an essay by Anna Graham Hunter, who was a former production assistant on the 1985 TV movie adaptation of Death of a Salesman. In her article, she wrote that Dustin asked her to give him a foot massage her first day on set, which she did.

She added he was openly flirtatious, grabbed her backside, and talked about sex to her.

According to her letters he even inquired as to whether she had sex over the weekend like he’d instructed.

Hoffman has apparently already addressed the claims, saying he has the utmost respect for women and feels terrible that anything he might have done could have put her in an uncomfortable situation. He added that he was sorry and it is not reflective of who he is.