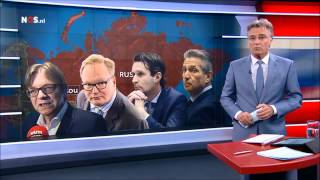 The Netherlands football team has made a debut in World Cup 2010 when this team was enlisted itself in the final round with the Spain team last night. Although the Spain team defeated the Dutch team at the score of 2-1, their reputation are still on the rise. When mentioned, the color of the Netherlands team has been well known as “the whirlwind of orange”. Then, there are lots of products covered with orange. Below is the collection of super cars that are in comparison with the Dutch football players as follows:

The half-back Demy de Zeeuw (Ajax) is highly appreaciated for his good and reliable observation, which takes after a Porsche 997 Carrera 4S Cabriolet, an excellent sport car

The super car Saleen S7 can run very fast, but it seems very hard to drive this model

Joris Mathijsen (Hamburg) is a good defender but sometimes appears vague. This edition named Opel Speedster is also an excellent model but not really impressive

The half-back Nigel de Jong (Manchester City) can speed up very well and have the ability to observe well, which may resembles a Wiesmann Roadster