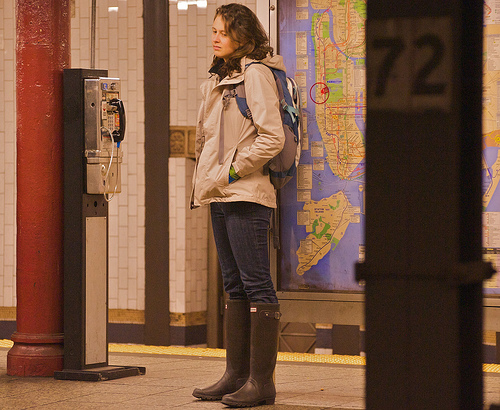 The feeling of being pregnant brings in lot of mixed emotions. It is a feeling of ecstasy that you are going to be a MUMMY!!! You will be playing and caring about a new small member in your family!!! Though the pregnancy starts from the first day of the last menstrual period, the would be mother feels the symptoms of pregnancy only after few weeks. However, symptoms of pregnancy are not the same for every woman; the following are common signs that can foretell the pregnancy.

MISSED MENSTRUAL PERIOD
It is the most obvious and common symptom of pregnancy. Some women may not completely miss the monthly cycle but have much lighter period in comparison to their usual one.

MORNING SICKNESS AND NAUSEA
Nausea is a precursor to morning sickness. It can signify that a woman is pregnant. Morning sickness is caused by crave for food as the stomach is queasy, above normal amount of hormones etc.
Many women suffer from nausea up to two weeks before an expected monthly cycle. Eating several smaller meals instead of larger ones can help with nausea.
The body requirement of each woman is different and different food may or may not contribute to morning sickness.

TENDER BREASTS
Usually tenderness of breast is a precursor to forthcoming period but this tenderness along with swollen and sore breasts with a tickly feeling can be an early indicator of pregnancy.
The hormone level increases during pregnancy. Breasts plays important role in nourishing young newborn babies. Breasts become more sensitive during pregnancy and prepare themselves for producing milk and breastfeeding. Sometimes the nipples become dark in color.

FATIGUE
Experiencing fatigue and exhaustiveness can also indicate pregnancy. The pregnant women feel sleepy all day. This is due to the changes in body and also the increasing levels of hormones. Frequent rests or naps whenever possible will work to revitalize your energies.

FREQUENT URINATION
This increased urge to urinate continues all the pregnancy period. The increasing size of uterus puts pressure on urinary bladder and extra body fluids are processed by kidneys. This results in early symptom of pregnancy that all will notice as you frequently rush towards restroom.

DIZZINESS AND/OR FAINTING OR LIGHT HEADEDNESS
The swollen uterus compresses the arteries of legs which can result into lowering blood pressure and make you dizzy. Low blood sugar level will make you faint, so it is said that you should have healthy and frequent eatables to maintain your blood sugar up.

FOOD CRAVINGS
Food cravings are a strong sign or symptoms of pregnancy. Pregnant women crave for certain foods especially sour and tangy eatable. Popping a vitamin supplement and a pure fish oil capsule may relieve you from some cravings. The cravings may be due to your body’s need for special nutrition.
Sometimes it is seen that women show aversion to certain foods which she used to like very much earlier.

SENSITIVITY TO AROMAS
Pregnant women become sensitive to aromas. Due to the increase in estrogen level strong fragrances will cause nausea.

HEARTBURN AND/OR CONSTIPATION
The problem of heartburn is caused due to: the swelling of uterus and pushing it against the stomach and other organs; slowing down of digestion due to increased hormonal level. So a good prenatal multi-vitamin-mineral supplement might provide pregnant woman’s body with all the nutrients needed for growing baby.
The high level of acid released from stomach slower emptying of the stomach and also causes heartburn. This is continued for first to ninth month.

MOOD SWINGS AND IRRITABILITY
With questions continuously popping to a would be mother’s mind about timing, career, finances, motherhood, labor and delivery, mood swings and irritable behavior is quite natural. These symptoms of pregnancy are result of raging hormones.
The pregnant woman may go through mixed emotions, sometimes excited on the second moment depressed, sometimes joyous and the other moment mourning, whereas sometimes laughter and sometimes tears.
Second Trimester shows a decrease in this early symptom of pregnancy.

LOW BACK PAIN
About half of all the pregnant women show early pregnancy symptom of low back pain which is caused by the mother’s increased weight. In later pregnancy months too the bulging uterus gets bigger, as the baby grows larger, and this will affect her posture and torso which would inturn put strain on the back.
Lack of relaxed sleep at night and hormones and loosening of joints and ligaments also cause the early pregnancy symptoms of low back pain.

SPOTTING
Spotting or “implantation bleeding” is not a very common symptom in pregnancy so it is not seen as obvious symptom of pregnancy. Not many of the women report it. Actually a slight bleeding or just spotting occurs at the time when zygote implants itself to the uterine wall. It takes place usually between 3 to 6 days after fertilization.
Sometimes spotting may also occur because of miscarriage so if it happens any day see the gynecologist.

WEIGHT GAIN
If you are putting on weight unavoidably and the clothes are getting tighter day by day and you feel like bloating, then it may a pre-symptom of pregnancy though not necessarily.
If you observe some of the above symptoms rush to your Gynecologist to check that if you are pregnant. If he confirms pregnancy or you are planning to conceive take daily pre-natal vitamin supplements for your as well as for the health of your baby.