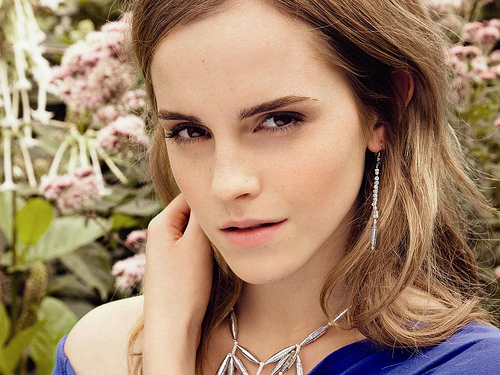 Most people are always dreaming to been supper rich. To achieve it, they should plan very diligently on work. However, some lucky ones don’t, such as Emma Watson. She didn’t even know how much money she had until she was about 17.After learnt that she has already earned a fortune worth $ 32 million at 20-years old, she was shocked.

Emma was known by most of us as the brave, smart, and beautiful girl, Hermione, in Harry Potter. This movie was recognized as the most popular and hottest fiction film in this century. And thanks to the wildly popular “Harry Potter” film franchise, she is now a global superstar.

As for Emma Watson, she was one of the world’s top-grossing actresses when she was 19-years old.  With a classical elegance and modern beauty fashion, she became the fashion giant’s favor. Moreover, she entered into the Ivy League campus of Brown University with the straight A’s score in her peak period of performance. She was also a volunteer to commit to equality, environmental protection and public welfare.

However, as one the most famous actresses, Emma had no idea that she was a millionaire till two years ago. This big news initially made her feel sick. She went through a hard time to believe she has made so many millions at such a young age. But, just like Hermione, Emma was also a very smart and natural girl. She has already worked out a plan about the future arrangement of her amazed fortune after a serious money conversation with her father two years ago.

Emma Watson is currently a sophomore at Brown University, obtaining a degree in art and literature. She is only contented with her allowance of $ 75 a week. At the beginning of her college life, she has taken a money management course to figure out how to manage her gigantic fortune which is about $ 32 million.

Now, Watson is on her seventh film, “Harry Potter and the Deathly Hallows: Part 1” opens in Britain, the United States on November 19. By its release sure it will pile up more fortune to the Harry Potter actress. She probably should hire a financial manager.

As the release date for Harry Potter and the Deathly Hallows is coming, every Harry Potter fan is becoming crazy not only for the film itself, but for the costume of actors and actresses. If you are a Potter Fans, you may be glad to have a look at those amazing dress: http://www.dinodirect.com/celebrity-dresses/