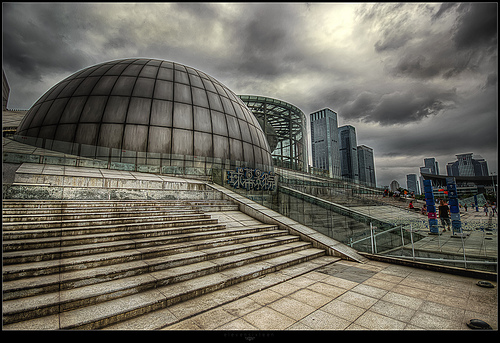 Guilin, one of the premier tourist destinations of China, has many lovely parks, hills and peaks, lakes, rivers and limestone caves. Furthermore, it has a spectacular landscape, which you often see in Chinese scroll paintings. Those are the reasons captivating many visitors to this place.

Guilin is famous for its karst peaks and the scenery of its hills and peaks fascinates many travellers as well as inspiring Chinese poets.

The karst peaks at Guilin are found throughout its city. Most of them are found along the Li River, at south of the town. How are those peaks formed? These are due to geological disruptions which occurred more than 300 million years ago. Limestone formations pushed through the sea bed and formed hills of exposed limestone. These hills were then eroded by wind and rain, and became “stone forests” and peaks of different shapes and sizes.

Guilin literally means “cassia tree forest”. It was named after the local cassia or osmanthus trees, which are mainly found along the riverside of Binjiang Lu. The city is a busy spot with the usual bustling activities of a city. Being a popular tourist attraction, the city has souvenir stalls, ticket booths, shopping centres, specialty shops and large crowds. As the Li Jiang River cuts into the city, many restaurants around the region offer rive cuisines and seafood.

The Lakes, Rong Hu and Shan Hu, lie on either side of Zhongshan Lu, which runs through the heart of the town. The lakeshores have beautiful banyan and willow trees. In particular, on the shore of Rong Hu, there is an old banyan tree (about 800 years old), which gives the lake its name. Gu Nan Men, Guilin’s South Gate, lies on the lake’s northern shore. Shan Hu has two antique-looking pagodas, Riming Shuang Ta, and both are about 40m high.

The most well-known rock formation in the city is Xiangbi Shan (Elephant Trunk Hill). With a height of about 100m, it has a hole through one end which resembles the form of an elephant taking a drink from the Li River. Based on a local legend, an elephant belonging to an imperial convoy fell sick and was abandoned at the riverside by the emperor. After being nursed back to health by an elderly couple, the elephant refused to join the imperial convoy. This elephant was finally killed by the emperor and turned into a hill, where it now stands to this day. There is a small stupa at the top of the hill which is said to be the hilt of the emperor’s sword protruding from the elephant’s back. An old pagoda is located along the path to the summit.

Qixing Gongyuan (Seven Stars Park) lies at the eastern shore of the Li River. It is named after the four peaks of Putuo Hill and three peaks on Crescent Hill. Covering an area of about 2 sq km, it serves as a shelter for about 100 monkeys. There are few pavilions in this park. Crescent Hill is known for the many poems and commentaries carved into its overhangs. These old carvings are said to date back to the Tang dynasty. Putuo Hill has a 22-storey high Putuo Si and Qixing Yan (Seven Stars Cave). Luotuo Shan (Camel Hill) is located at the north of the park. The hill has the form of a single-humped camel in a sitting position.

As described above, Guilin is a beautiful place and is one of China’s premier attractions. It has lovely parks, hills and peaks, and limestone caves. The beautiful scenery of Guilin has enchanted many travellers from all around the world. A visit to Guilin will be an enjoyable and relaxing experience.