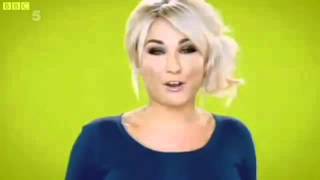 Exploring classic small town Maldon, Essex, England is a pleasurable and enlightening experience. The town currently enjoys a population of around 16,000 people, and it sits in the eastern England county of Essex, on the Blackwater Estuary. The town’s name originates with the Saxons, and it is roughly translated as meaning “meeting place on the hill.”

Evidence of settlement goes back to the 5th century, where Saxon activity was noted to have taken place. In fact, at one time, it was a significant port for the Saxons. It also hosted a royal mint in the 9th century, for the Anglo-Saxon and early Norman kings. At one point back then, it was only one of two towns in Essex, and King Edward the Elder lived there while carrying out his military campaign against Danish settlers who’d decided to take the run of the region in the late 9th and early 10th centuries.

Population as counted in the property survey conducted by William I (William the Conqueror) in 1086 was 180 “townsmen.” Maldon has had a varied and colorful history throughout the centuries. It founded a significant library of over 7,000 some of which were first printed in 1470, beginning in 1704, when the prominent English clergyman Thomas Plume donated his collection upon his death that year.

A quirky and fun event is held in Maldon every year. The Maldon Mud Race sees its participants racing through the Blackwater Estuary’s mud flats at low tide, along the banks of the estuary and then back again through the water. It draws racers from all over the countryside.

Essex, the east England county in which Maldon resides, enjoys a population of about 1.7 million people, which makes it the 6th most populous county in all of England. It proudly shows off its Saxon heritage through its flag, which features three Saxon seax knives, one on top of the other, on its red field. Both Maldon and Essex are fine examples of Saxon history and heritage in England.

Russell Howard’s good news – The only way is essex

Russell Howard’s good news – The only way is essex