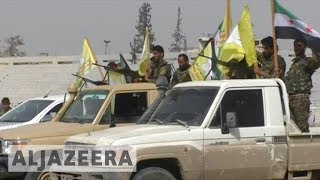 The economy of Turkey, ranked fifteenth in the world, is now going through a lean phase because of the worldwide recession after the impressive economic growth it experienced for the six consecutive years. Today, most of the key economic sectors of the country seem frail. Turkey requires massive foreign direct investments to fuel its economic growth. The setback to the economy in recent times has resulted in higher inflation, which stood at 10% in the year 2007.

The main issue in front of Turkey today is the dwindling statistics of its exports to the European Union. The export of industrial goods went down by 25% in December, 2005 and the continual reduction in demand of its goods has affected the exporters adversely in 2008. The trade deficit was -31% in 2008.

Diversification of economy over the last couple of decades has encouraged the setting up of many new contemporary industries with the main focus on exports. Its industries are more export oriented than any other countries of the region; however, it needs major catching up to do to achieve the trade volumes of its competing European countries. 30% is the contribution of its industry in its GNP. The key industries are textiles and clothing. New industries like automotive and electronics are emerging fast. Agricultural goods and fish are also exported by Turkey. However, lots of things need to be done by it, particularly in the area of agriculture, to successfully compete with the countries in Europe.

The main goods that Turkey exports are textiles, cotton, clothing, glass, oils and other fuels, iron and steel, precious stones, pearls, tobacco and foods. Germany, Italy, France, UK and USA are the leading countries to which Turkey exports bulk of its goods.

The main items that Turkey imports include machinery, iron and steel, aircraft and associated products, mechanical appliances, electrical equipment, pharmaceuticals. USA, Italy, Germany, Russia, France, UK and Switzerland are the main countries from where Turkey imports the bulk of the goods.

Turkey is calling on the US to stop Kurdish fighters travelling to the northern Syrian region of Afrin. Members of the US-backed Syrian Democratic Forces are heading there to help fight off a Turkish offensive against their fellow Kurds.
Turkey insists its operation is necessary to tackle “terrorism” on its border with Syria.
Al Jazeera’s Alan Fisher reports from Gaziantep.