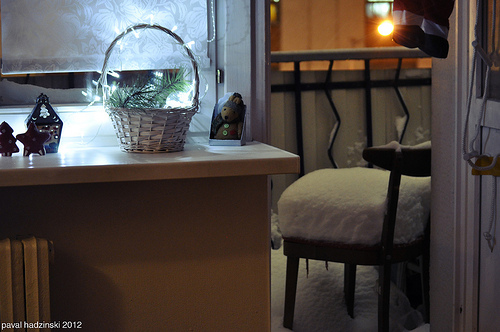 MINSK, 20 December (BelTA) – Conditions for fair competition for power and votes have been created in Belarus, President of Belarus Alexander Lukashenko said at the press conference held on 20 December for Belarusian and foreign mass media.

“The process was so transparent that people were confused whether it was an election or a reality show. All the conditions for fighting for power honestly and winning hearts of voters have been created,” said the Belarusian head of state.

The government did its best to ensure an honest, open and strictly legal election campaign. According to the Belarus President, the election was properly organized regardless of who will judge the election.

“Following requests of our European friends, I hope, and not only European ones we violated all kinds of laws to meet their requests. I was told we didn’t do enough. Perhaps our friends did not think them through when they made the requests. We did what we were asked to! Why blame us?” said the President.

The head of state pointed out that the election campaign was held in line with new election regulations that had been tailored for the OSCE.

“We tried not to give reasons for complaints. But to err is human. Complaining that vote count was properly organized but silent is just laughable!” said Alexander Lukashenko.

“It is difficult to say what we could have done more to bring the Belarus president election closer to non-existent standards,” said Alexander Lukashenko.

“Turning the blind eye to their sins and violations, all the candidates have been registered. Live air has been granted. Debates have been arranged. There was enough time because more than half of the candidates had nothing to say. They could collect signatures and agitate where they want and how they want. And the things they said! With the freedom of speech we cannot be accused of dictatorship!” said Alexander Lukashenko.

Alexander Lukashenko pointed out that sometimes actions of the candidates ran contrary to the Constitution. “Appeals to stage an unsanctioned rally, the cornerstone of all the programs of the alternative candidates, were a violation of the Constitution that could result in the removal of the candidates from the presidential race. They would have liked it but we didn’t give them this chance,” he said.

Alexander Lukashenko said that over 39,000 domestic and foreign observers had been accredited for the election. “We even let in those, who had been denied entry due to objective reasons. There were no borders in the country this month”.

Besides, about one thousand reporters, two thirds representing foreign mass media, have been accredited. Private and not exactly loyal to the authorities mass media have been allowed live broadcasts from polling stations.

According to Alexander Lukashenko, the true goal of some of his opponents was to make themselves look as victims. He reminded that the day before he had told media that those, who want to win, should have the courage to fight till the end and lose like a man. They should not cry out that an election has been rigged long before the election begins.

“The so-called opposition was hysteric back when precinct commissions were set up. They claimed we didn’t include their representatives. But we studied their records and saw that nearly one in two have criminal records,” said Alexander Lukashenko.