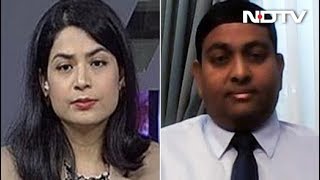 Want to catch a fish? Why not try Fishing in the Maldives! Fishing is the second largest industry in the Maldivian archipelago. This industry roughly employs half of the Maldivian workforce. The variety of fish found in these waters vary from reef fish such as snapper, emperor and grouper to open water fish such as shark, skipjack tuna and the sought after yellowfin tuna. As with all countries the Maldives has an exclusive economic zone of around 200 nautical miles in which special fishing rights are given to the Maldivian fishing industry.

The major focus in this regard must be noted as the tuna fishery which fetches large prices in international markets for this valuable catch. For such fishing Maldivian fisherman use a bamboo pole which is capable of handling a fish weighing as much as 23 kilograms and bait is in the form of sardines and small scads. The Maldivian fishing fleet is made up of a large number of small vessels which can carry about 10 to 12 persons, these boats are called dhonis. In addition to fishing for food export the Maldives also exports around 100 species of aquarium fish.

Apart from the fishing industry that is an integral part of the economy, fishing in Maldives is also a famous recreational activity that is partaken in by the locals and tourists alike. It is a usual sight to see a dhoni of foreigners equipped with fishing rods trying their luck at catching the abundant fish species seen in the crystalline waters of the Maldives. A variation of this recreation is big game fishing however this is greatly dependent on weather conditions. The big game sought after include sailfish, barracuda, yellowfish tuna and swordfish. Another famous type of fishing is night time fishing which has an added element of adventure and fun!

For the hundreds of tourist that visit the Maldives each year there is many a Maldives Island Resort to choose from. The Maldives Beach Resort list ranges from small boutique hotels to larger properties. Nalandhu Maldives is a luxury resort set on its own private island, which promises the traveller a truly unforgettable island holiday!
Indian Military’s Intervention Was Out Of Line, Says Maldives

Maldives President Abdulla Yameen’s government on Tuesday issued a warning against the many calls for Indian military intervention to resolve the crisis. The president also announced that his country had not sought military intervention and it “firmly believes that India would not act on any such calls”.

NDTV is one of the leaders in the production and broadcasting of un-biased and comprehensive news and entertainment programmes in India and abroad. NDTV delivers reliable information across all platforms: TV, Internet and Mobile.