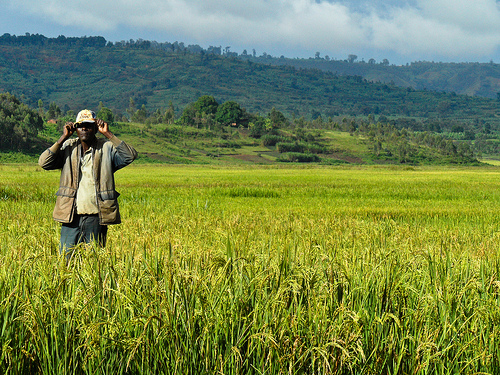 The October 2010 air news has reports on the Beech craft Super Kingair, Gulfstream G650 AND THE Ansat –Russian Helicopters.

This is a 11 seater helicopter with 2 crew and 9 passengers .The LIGHT Ansat is a comfortable Russian-made multipurpose helicopter with spacious cabin that can accommodate any additional equipment.

To perform various tasks Ansat helicopter can be fitted with an emergency system for landing on water, a searchlight, hoist, fire-fighting or crop spraying equipment, etc. Additional fuel tanks may be installed to increase the endurance.

The Ansat design is tailored to ensure continuous heavy duty operation and easy on-site maintenance .This helicopter provides for versatile operations of the state and law-enforcement agencies.

The payload for the An sat is 1073 kilograms of cargo inside the cabin and 1,250 kilograms on the external sling.Ansat features the most capacious cabin (6, 7 square metres) in its class. Designed by Kazan Helicopters JSC, Ansat comes in a number of variants.

The passenger transport modification of Ansat is designed for a wide range of tasks: transportation of cargo and passengers (up to nine pax); fying taxi, offshore operations; corporate transport;medevec and fire-fighting.

A specialized passenger modification is intended for comfortable travel of six passengers.

The Ansat Helicopter VIP/Executive modification is employed for transportation of VIP-passengers, business trips and recreation. It offers a passenger cabin with improved noise and vibration isolation, any fabric/colour interior, comfortable and safe armchairs to welcome onboard two VIP-passengers and two accompanying persons.

The Ansat Helicopter has other necessities which can only be fitted on customer request and the cabin can be equipped with air conditioner, mini-bar, lavatory, audio/video equipment, radiotelephone, facsimile and email communications, emergency floatation system with life jackets and rafts.

The helicopter can be equipped with up to four stretchers for causalities and two seats for medical personnel, as well as with a hatch in the rear part of fuselage intended for loading stretchers.

On the right side of fuselage, a hoist of a 300kilograms load-carrying capacity is installed to lift people and cargo. Under the fuselage, a searchlight is fitted.SAR modification can be adapted for night flights and completed with additional search and fire-fighting devices.

The EMS version is intended for the urgent delivery of medical teams to the sites of accidents to provide first aid to casualities.Due to the largest cabin in its class; Ansat meets all the requirements for the EMS helicopters.

It is fitted with complete medical equipment set similar to those in ambulances that provides life support services such as oxygen, vacuum ventilation, patient monitoring and defibrillation.

The basic variant features two stretchers and one seat for casualties’ evacuation along with two seats for medical personnel.

Russian Helicopters, a holding that unites all helicopter manufacturers in Russia, focuses its efforts on promoting truly versatile light helicopters, such as the Ansat, boasting unique efficiency, featuring high share of composite materials and up-to-date avionics.

This is the business aircraft of choice and will bring unmatched economy, efficiency, and capacity to your business. With rugged, reliable aircraft that set the standards in their class, the Beech craft King Air family continues to dominate business aviation throughout the world. Choose from the King Air 350i,the segments most advanced business aircraft; the King Air B200GT,bringing your power ,dependability and performance; or the King Air C90GTX ,offering versatility and quality that VL JS can not match.Enviromentally,each King Air is also the “greenest” in its class-delivering better fuel efficiency and lower cost per seat kilometer.Plus,King Air owners fly with the assurance that their aircraft is supported by the largest worldwide service network in the industry, combined with one of the best safety records in general aviation.

GULFSTREAM Aerospace’s new flag-ship corporate jet, the ultra-long-range ,ultra-large cabin G650, wrestled the title of the worlds fastest commercial jet from the Cessna Citation X recently by reaching a speed of Mach 0.995 as part of its 1800-hour flight-test program me.

The aircraft achieved this speed during flutter testing, which evaluates the aircrafts damping responses following an input from an external test device. Flutter testing is performed at a variety of frequencies, speeds, altitudes, weights and centre’s of gravity.

For the initial series of flutter tests, the aircraft achieved clearance out to both its design dive speed and design Mach dive speed at altitudes ranging from 10000 feet to up to the aircrafts maximum certified altitude of 51000 feet.

In order to achieve the maximum speed of Mach 0,995 Gulfstream experimental test pilots Tom Horne and Gary Freeman along with flight test engineer Bill Osborne took serial Number (S/N) 6001 into a dive, pitching the aircrafts nose 16 to 18 degrees below the horizon.

During the dive, flutter exciters introduced a range of vibration frequencies to the wing, tail and flight control surfaces to ensure the aircraft naturally dampened out the oscillations without further action from the pilots. Even under such extreme circumstances, the G650 performed flawlessly.

“The airplane is very predictable,” said Horne, senior experimental test pilot, Gulfstream.”Its very easy to control and to get precise control at those speeds. The airplane response has matched the expectations of our engineers, and we’ve been able to easily fly the test conditions and march through the test plan”.

During the flutter test missions, a team of multi-disciplinary engineers in Gulfstream’s state-of-the-art telemetry centre inSavannah, Georgia, monitored the aircrafts behavior and determined real-time the damping characteristics of the aircraft. The vibration frequencies exerted on the aircraft ranged from 2 hertz, or twice per second, to 58 hertz, or about as fast as fluorescent light flickers.

S/N 6002 is used to evaluate the aircrafts systems as well as its takeoff and landing performance ,while S/N 6003 tests the avionics, in-flight load measurement and ice protection system.S/N 6004 will be the first G650 outfitted and tested will a full interior, which is currently being installed/N 6005 will participate in the reduced vertical separation minimum testing.

The G650 flight-test program me officially began on November 25, 2009.The first four test aircraft flying in the program me had completed more than 170 flights and 575 flight-test hours.

The G650 has also wrestled another title away from an existing aircraft-its sister G550 which was displayed at the Africa Aerospace and Defense exhibition in Cape Town last month, was the previous holder of the company’s flagship title.