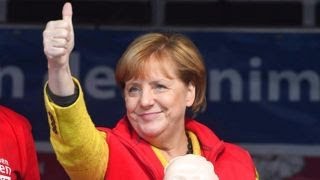 He believed in personal diplomacy the same way as he had in mind with his British cousins, with his cousin-in-law Tsar Nicholas II of Russia also to build up a greater relationship between the two nations in the event of war. His unrealistic understanding of European power politics made him to sign an agreement with Tsar Nicholas at a private meeting at Bjorko in 1905. But on his return to Germany his Chancellor Bulow obstructed the personal treaty of alliance between the two cousins. In the same way Tsar Nicholas was confronted by his policy makers and elite in St. Petersburg on his return, which reduced the treaty to the status of a dead letter.

European power politics once again undermined his effort to avoid the war with Russia. His telegram to Nicholas II failed to yield the result on the eve of the First World War because of the existing German commitments to Austria-Hungary. William in 1889 gave his assurance to Austrian Emperor Francis Joseph in a chivalrous fidelity that “the day of Austro-Hungarian mobilization, for whatever cause, will be the day of German mobilization too” and made the German-Russian Alliance impossible as the Austrian mobilization for war would most likely be against Russia.

He blundered in German foreign relations either by his own mistake or by the combination of his foreign policy elites. On one occasion he visited Morocco and created the Moroccan Crisis of 1906. His visit to Tangier in Morocco on the encouragement of his foreign policy elite was seen as German interests in Morocco. He further aggravated German relations with France by his remarks on Moroccan independence as France was expanding its colonial interests in Morocco. The chaos finally led to the Algeciras Conference, which severely isolated Germany in the whole of Europe.

William further aggravated the relationship with many of the countries in Europe and outside by his controversial comments in the British newspaper “The Daily Telegraph” in 1908 where he started to comment in the beginning with the intention of building up the Anglo-German cooperation, but in the course of the interview he went to say something else out of his emotional outbursts, saying the French, Russians, and Japanese were united together against Germany and the Germans cared nothing for the British. He attacked the French and Russians that they had attempted to instigate Germany to intervene in the Second Boer War. He said the German naval buildup was targeted against the Japanese, not Britain. He finally ended up attacking severely the English people saying: “You English are mad, mad, mad as March hares.”

After that interview, even in Germany the reflection was severe and even there were protests to remove him. William kept thereafter a very low profile for some time, but took revenge on his chancellor Bulow by forcing him to resign for his public disclosure that he did not edit his interview, which appeared in The Daily Telegraph. The Daily Telegraph crisis had reduced his influence in domestic and foreign policies and he lost his self-confidence and personality altogether.