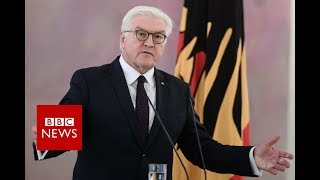 Overall, Anglo-American bombing of German cities claimed between 305,000 and 600,000 civilian lives. But the devastation in Dresden made a great impact on neutral countries at that time. Howard Cowan, an Associated Press war correspondent, subsequently filed a story saying that the Allies had resorted to terror bombing.

There were follow-up newspaper editorials on the issue and a long-time opponent of strategic bombing, Richard Stokes MP, asked questions in the House of Commons. The destruction of the city provoked unease in informed circles in Britain.

The bombing of Dresden was the first time Allied populations questioned the military actions used to defeat the Nazis.

The nature of the bombing of Dresden has made it a unique point of contention and debate. Critics of the attack come from across the political spectrum, from far left to far right.

Gunter Grass, the German novelist and Nobel laureate for literature and Simon Jenkins, the former editor of “The Times” referred to the Dresden bombing as a “war crime”.

Harald Jaehner, a German literary critic stated: “Look at the bombing of Dresden, which was really an assault on the civilian population.”

Dr. Gregory H. Stanton, president of Genocide Watch, wrote: “The Nazi Holocaust was among the most evil genocides in history. But the Allies’ firebombing of Dresden and nuclear destruction of Hiroshima and Nagasaki were also war crimes………….”.

Before the bombing, Dresden was regarded as a beautiful city and a cultural centre, and was sometimes known as Elbflorenz, or Florence on the Elbe. Its notable architecture included the Zwinger Palace, the Dresden State Opera House, and the Dresden Frauenkirche, its historic cathedral.

According to Friedrich: German forces were in full retreat by February 1945, and the impact on civilians was out of all proportion to the military goal. He argued that the bombing was a war crime even under the legal standards of that time, because the Allies intended to cause as many civilian casualties as possible.

Friedrich also contends that the outcome of previous bombing attacks well demonstrated that the Allied forces were aware of the destruction caused by incendiary bombs, and that due to the collapse of German air defense and improvements in bombing accuracy, future attacks were likely to cause ever increasing numbers of civilian deaths.

But the United States military made the case that bombing of Dresden did not constitute a war crime, based on various reasons that the raids had legitimate military ends according to the military circumstances at that time.

The US also argued the military units and anti-aircraft defenses were sufficiently close to the city and it’s not valid to consider the city was “undefended”.

The US also pointed out the raid achieved the military objective, without “excessive” loss of civilian life.

The US legitimacy of the military ends were based on the rail-yards which were subjected to American precision bombing as they assumed the rail-yards had beyond their ordinary value as a transportation center.

An inquiry conducted at the behest of the US Secretary of War, General George C. Marshall also concluded that the raid was justified by the available intelligence. The inquiry also justified the military operation by eliminating German ability to reinforce a counter-attack against Marshall Konev’s extended line and to regroup using Dresden as a base of operations. As Dresden had been largely untouched during the war, it was one of the few remaining functional rail and communications centers.

A secondary objective was to disrupt the industrial use of Dresden for munitions manufacture, which American intelligence believed to be the case. The city contained the Zeiss-Ikon optical factory and the Siemens glass factory, both of which, according to the Allies, were entirely devoted to manufacturing military gun-sights.

Because of the concentration of undamaged industry, unusual in Germany at the time of the raids, the allied planners very strongly believed that Dresden had strategic importance to supply material for the defense of German military.

After the firebombing they estimated that over 25% of industrial capacity was disabled or destroyed, eliminating potential use of Dresden by the German military to launch counter-strikes against the Soviet advance.