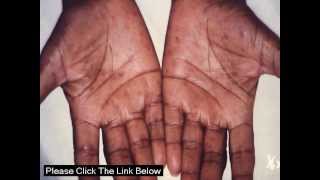 It is fairly common for gonorrhea to cause no symptoms, especially in women. The incubation period, the time from exposure to the bacteria until symptoms develop, is usually 2 to 5 days. But sometimes symptoms may not develop for up to 30 days.

Gonorrhea may not cause symptoms until the infection has spread to other areas of the body. See the What Happens section of this topic.
Symptoms in women

In women, the early symptoms are sometimes so mild that they are mistaken for a bladder infection or vaginal infection. Symptoms may include:

In men, symptoms are usually obvious enough that they will cause a man to seek medical treatment before complications occur. But some men have mild or no symptoms and can unknowingly transmit gonorrhea infections to their sex partners. Symptoms may include:

Disseminated gonococcal infection (DGI) occurs when the gonorrhea infection spreads to sites other than the genitals, such as the joints, skin, heart, or blood. Symptoms of DGI include: