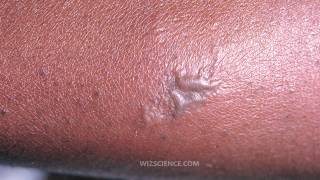 “Gonorrhea”, also known as “gonnococcal infection”, “gonococcal urethritis”, “gonorrhoea” and “the clap”, is a sexually transmitted infection that is caused by the bacterium “Neisseria gonorrhoeae”. The usual symptoms in men are a burning sensation with urination and discharge from the penis. Women have no symptoms about half the time or have vaginal discharge and pelvic pain. In both men and women, if gonorrhea is left untreated, it may spread locally, causing inflammation of the epididymis or pelvic inflammatory disease or throughout the body, affecting joints and heart valves.

Testing all women who are sexually active and less than 25 years of age each year is recommended. This same recommendation applies in men who have sex with men.

Gonorrhea can be prevented with the use of condoms. Treatment is usually with ceftriaxone, as resistance has developed to many previously used antibiotics. Ceftriaxone is typically given in combination with either azithromycin or doxycycline, as gonorrhea infections may occur along with chlamydia, an infection that ceftriaxone does not treat. Some strains of gonorrhea have begun showing resistance to this treatment, which will make infection more difficult to treat. Retesting is recommended three months after treatment.

An estimated 88 million cases of gonorrhea occur each year, out of the 448 million new cases of all curable STI each year – that also includes syphilis, chlamydia and trichomoniasis. Infections in women most commonly occur when they are young adults. As of 2010, it caused about 900 deaths down from 1,100 in 1990.

Wiz Science™ is “the” learning channel for children and all ages.
SUBSCRIBE TODAY

Disclaimer: This video is for your information only. The author or publisher does not guarantee the accuracy of the content presented in this video. USE AT YOUR OWN RISK.

Background Music:
“The Place Inside” by Silent Partner (royalty-free) from YouTube Audio Library.