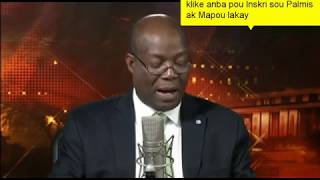 PORT-AU-PRINCE — Tomas was expected to sweep past Haiti on Friday, possibly at hurricane strength. But the rain beating down on coastal villages, barren hillsides and makeshift settlements will linger for at least another day, raising the risks of deadly flooding with every inch and passing hour.

With the tropical storm strengthening late Thursday night and bending toward the low-lying southwestern coast, the entire country, including a capital city filled with densely populated makeshift settlements, lay under the “dirty” side of a system dragging a long train of thunderstorms in its wake.

“We know that, particularly with flooding and mudslides, there’s going to be a loss of life,” State Department spokesman P.J. Crowley said during a press briefing in Washington. “It’s inevitable.”

One death linked to the fast-worsening weather, in a pickup truck accident, had already been reported Thursday. Still, the government was expecting washed-out roads and widespread damage but hoping that nearly a week of preparations, broadcast warnings and evacuations would lessen the toll for a nation still recovering from an earthquake and battling a cholera epidemic.

“We are no longer interested in counting the dead. There are ways to not count the dead if people listen,” Prime Minister Jean-Max Bellerive said during a news conference inside a new command center on the grounds of quake-collapsed presidential palace.

Guantánamo in eastern Cuba, the southeastern Bahamas, and Turks and Caicos Islands also were under hurricane watches for Tomas, which had strengthened to a65 mph storm at 11 p.m. Thursday and expected to further intensify. Jamaica, under a tropical storm warning, also was evacuating some parts of the island.

Several U.S. airlines canceled flights to Port-au-Prince as the storm approached. American Airlines canceled flights for Friday and is allowing customers with reservations to Haiti, Jamaica and the Dominican Republic through Nov. 8 to rebook at no additional costs. Miramar-based Spirit Airlines also canceled its Friday flights to Haiti. Passengers who have flights booked to Haiti and Jamaica from Nov. 4-8 can rebook without penalty.

As winds whipped up and bands of rain grew in intensity, the Haitian government, United Nations workers and aid groups continued trying to persuade residents to leave the most vulnerable areas — from one of the encampments that house an estimated 1.5 million people whose homes crumbled during the January earthquake to major cities with histories of catastrophic flooding.

In Les Cayes, a low-lying city of about 40,000 on the southwestern coast where Tomas’ impact would be strongest, scores seeking higher ground went to a school on the city’s northern outskirts.

Through the evening, a steady stream of evacuees carrying blankets, bags, and other belongings through the puddling roads entered the grounds of Lycée Jean-Claude Museau as Haitian scouts and Haitian Red Cross volunteers directed them to classrooms. The school sheltered about 200 people Thursday night.

But others living along the shore planned to pray for the best and stay, including a family of six who planned to ride out Tomas standing in their concrete home although anticipating flooding and heavy leaks through their tin roof. The house, the size of a car and just 15 yards from the growing waves, was protected from erosion only by a breakwater of half-submerged tires. Wenn Sie an ugg boots schweiz interessiert sind,bitte besuchen unsere Website:ugg schweiz