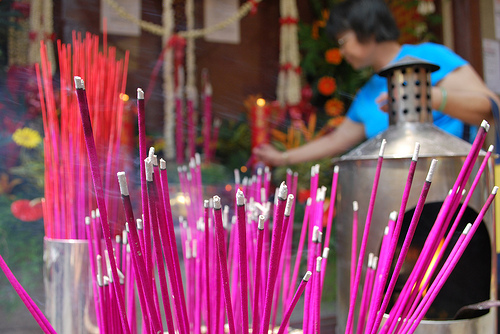 “Naturopathy”, as a generally used term, began with the teachings and concepts of Benedict Lust. Naturopathy, or “nature cure”, is both a way of life, and a concept ofhealing employing various natural means of treating human infirmities and disease states. The earliest mechanisms of healing associated with the term, as utilized byLust, involved a combination of hygienics and hydropathy (hydrotherapy).

The term itself was coined in 1895 by Dr John Scheel of New York City, to describe hismethod of health care. But earlier forerunners of these concepts had already existed in the history of natural healing, both in America and in the Austro-GermanicEuropean core.Lust came to this country from Germany in 1892 as a disciple of Father Kneipp and as a missionary dispatched by Kneipp to bring hydrotherapy to America. Lustpurchased the term “naturopathy” from Scheel in 1902 to describe the eclectic compilation of doctrines of natural healing that he envisioned to be the future of naturalmedicine. In January of 1902, Lust, who had been publishing the Kneipp Water Cure Monthly and its German language counterpart in New York since 1896, changedthe name of the journal to The Naturopathic and Herald of Health and evoked the dawn of a new health care era with the following editorial:Naturopathy is a hybrid word.

It is purposely so. No single tongue could distinguish a system whose origin, scope and purpose is universal – broad as theworld, deep as love, high as heaven. Naturopathy was not born of a sudden or a happen-so. Its progenitors have for eons been projecting thoughts andideas and ideals whose culminations are crystallized in the new Therapy. Connaro, doling out his few fixed ounces of food and drink each day in hisdetermined exemplification of Dietotherapy; Priessnitz, agonizing, despised and dejected through the long years of Hydropathy’s travail; the Woerishofenpriest, laboring lovingly in his little parish home for the thousands who journeyed Germany over for the Kneipp cure; Kuhne, living vicariously and dying amartyr for the sake of Serotherapy; A.T. Still, studying and struggling and enduring for his faith in Osteopathy; Bernarr Macfadden, fired by the will to make Physical Culture popular; Helen Willmans, threading the mazes of Mental Science, and finallyemerging triumphant; Orrison Sweet Maraden, throbbing in sympathy with human faults and failures, and longing to realize Success to all mankind – theseand hosts of others have brought into being single systems whose focal features are perpetuated in Naturopathy.Jesus Christ – I say it reverently – knew the possibility of physical immortality. He believed in bodily beauty; He founded Mental Healing; He perfectedSpirit-power. And Naturopathy will include ultimately the supreme forces that made the Man of Galilee omnipotent.

The scope of Naturopathy is from the first kiss of the new-found lovers to the burying of the centenarian whose birth was the symbol of their perfectedone-ness. It includes ideally every life-phase of the id, the embryo, the foetus, the birth, the babe, the child, the youth, the man, the lover, the husband, thefather, the patriarch, the soul.We believe in strong, pure, beautiful bodies thrilling perpetually with the glorious power of radiating health. We want every man, woman and child in thisgreat land to know and embody and feel the truths of right living that mean conscious mastery.

We plead for the renouncing of poisons from the coffee,white flour, glucose, lard, and like venom of the American table to patent medicines, tobacco, liquor and the other inevitable recourse of perverted appetite.We long for the time when an eight-hour day may enable every worker to stop existing long enough to live; when the spirit of universal brotherhood shallanimate business and society and the church; when every American may have a little cottage of his own, and a bit of ground where he may combineAerotherapy, Heliotherapy, Geotherapy, Aristophagy and nature’s other forces with home and peace and happiness and things forbidden to flat-dwellers;when people may stop doing and thinking and being for others and be for themselves; when true love and divine marriage and pre-natal culture andcontrolled parenthood may fill this world with germ-gods instead of humanized animals.In a word, Naturopathy stands for the reconciling, harmonizing and unifying of nature, humanity and God.

Fundamentally therapeutic because men need healing; elementally educational because men need teaching; ultimately inspirational because men needempowering, it encompasses the realm of human progress and destiny.Perhaps a word of appreciation is due Mr. John H. Scheel, who first used the term “Naturopathic” in connection with his Sanitarium “Badekur,” and whohas courteously allowed us to share the name. It was chosen out of some 150 submitted, as most comprehensive and enduring. All our present plans arelooking forward some five or ten or fifty years when Naturopathy shall be the greatest system in the world.Actually the present development of Naturopathy is pitifully inadequate, and we shall from time to time present plans and ask suggestions for thesurpassing achievement of our world-wide purpose.

Dietetics, Physical Culture and Hydropathy are the measures upon which Naturopathy is to build;mental culture is the means, and soul-selfhood is the motive.If the infinite immensity of plan, plea and purpose of this particular magazine and movement were told you, you would simply smile in yourcondescendingly superior way and straightway forget. Not having learned as yet what a brain and imagination and a will can do, you consider Naturopathyan ordinarily innocuous affair, with a lukewarm purpose back of it, and an ebbing future ahead of it. Such is the character of the average wishy-washyhealth movement and tumultuous wave of reform.

Wherein we differ from the orthodoxself-labeled reformer, who cries for sympathy and cringes for shekels.We need money most persistently – a million dollars could be used to advantage in a single branch of the work already definitely planned and awaitingmaterialization; and we need co-operation in a hundred different ways. But these are not the things we expect or deem best.Criticism, fair, full and unsparing is the one thing of value you can give this paper. Let me explain. Change is the keynote of this January issue – in form,title, make-up.