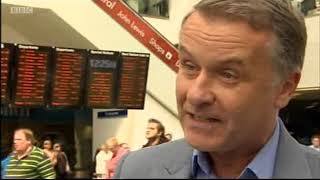 Answering the “how to franchise” question is relatively straightforward. Before we get to that, the starting point is to realize a franchise your business program allows your company to get out of the trenches and become highly-paid generals overseeing your soldiers.

Long-term options are also attractive. Build an empire and relax, or let the franchise company be acquired by an increasing number of large, international companies that are looking for small, but growing U.S. franchise companies to take to the next level. According to the International Franchise Association, 900 new companies have franchised in the last three years.

The first critical step in how to franchise is conducting a feasibility analysis. Is the business model successful? Can it be replicated and taught to others? Are their any underling problems that need to be addressed? Franchising will not solve existing problems; it will only make them worse.

The second step in how to franchise is strategic franchise planning. Especially in the franchise industry, if you don’t plan for success, you set yourself up for failure.This happens frequently with new companies entering the franchise industry. They mistakenly use a franchise consulting firm or franchise attorney without an MBA, where little or no attention is paid to critical strategic planning issues.Creating enduring franchise relationships requires a comprehensive strategy and vision that addresses all aspects of the franchise endeavor.

The fourth step in how to franchise is drafting a FDD Franchise Disclosure Document. Similar to a securities (stock offering) prospectus, this document should be written, start to finish, by a competent franchise lawyer. The FDD is then registered in those states that require a registration process. Drafting a balanced, fair FDD can save a trip to the courtroom later. Using online or boilerplate FDD template almost certainly means a visit to the courtroom in the near future. As these visits cost hundreds of thousands of dollars and up, they far outweigh the cost of doing it right to begin with.

Resources are often wasted because the new company has not been schooled in the art of selling franchises. Or franchises are sold without carefully screening the would-be franchise owners. As the saying goes, one bad apple can ruin the entire barrel. Even in the best case scenario, marketing mistakes are costly. Some companies spend tens of thousands of dollars on inappropriate marketing and media choices.

Our solution: provide new franchise companies with in-depth franchise training instructional workshops as well as on-going, as-needed advice based on three decades of excellence and experience in franchise industry best practices. This instruction is affordable, practical and will save your company tens of thousands of dollars initially and even more going forward (and, of course, not having to pay a yearly six-figure salary for franchise management experience).

Author credentials and background
Kevin B. Murphy, Mr. Franchise, is a franchise lawyer attorney in San Francisco with a 30-year practice devoted exclusively to franchise law. For 20-years he has been a testifying franchise expert witness in court and arbitration proceedings, giving him vast experience in knowing where the bullets come from in franchise litigation. A franchise lawyer California, holds degrees in business administration and law from the University of San Francisco and an MBA from San Francisco State University.