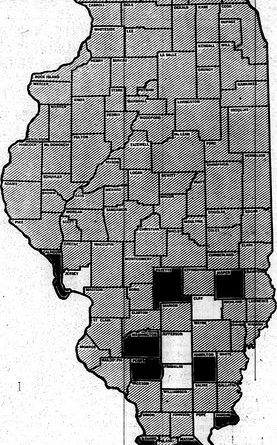 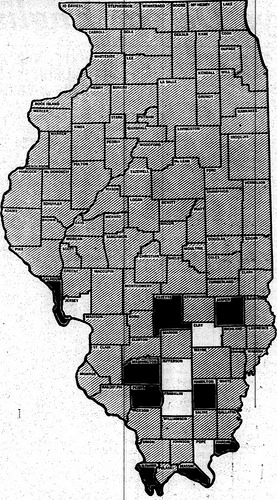 Icterus in cats is caused by elevated levels of bilirubin which is the substance that breakdowns down the red blood cells in your cat. When they become elevated, your cat’s eyes will become more yellow than they are white. Their gums will begin to turn yellow as well; however, this is not a disease, but rather a symptom. The yellow tint your cat is experiencing itself is not harmful, but the underlying causes could be deadly.

If your cat undergoes this transformation, the most likely have Jaundice, also known as Icterus.

Bilirubin is a brownish yellow substance that is found in your cat’s bile. It is produced when their liver breaks down old blood cells and is removed from the body through the feces. This is the substance that gives the feces it brownish color. There are two forms of Bilirubin, indirect and direct.

The indirect form does not dissolve in water and travels though your cat’s bloodstream to the liver where it is changed into a soluble form.

The direct form dissolves in water and is made by the liver from indirect bilirubin. When one or both of these levels become elevated in your cat, Icterus has developed. In normal and healthy cats their liver will absorb this substance, metabolize it, and than excrete it. Something has developed in your cat that is destroying red blood cells or is causing the liver not to function properly.

There are three major causes of Icterus in cats; Pre-hepatic, Hepatic, and Post-hepatic conditions.

Pre-hepatic is where your cat’s red blood cells breakdown before the blood actually passes through the liver and are refereed to as hemolytic causes. The term hemolytic means the destruction of red blood cells.

One of the major causes of the breakdown of red blood cells is from blood parasites, and there are two major breeds. The first is called Cytauxzoon felis and these are primarily found in the South-central portion of the United States. However, if your cat becomes infected by this parasite which is carried by a blood sucking tick, they may not have time to develop a jaundice condition; it is most always a fatal within a few days of the attack.

The other cause will be from a parasite called Mycoplasma haemofelis that also attacks the red blood cells and this parasite is found world wide. It is believed to be the primary cause of infectious anemia in cats.

Low phosphate levels in your cats blood may also be a pre-hepatic cause as your cat is not absorbing phosphate. The ability to absorb phosphate can be the result of a reaction to recent medications, or can be caused by a Vitamin D deficiency in your cat.

Hepatic causes of Jaundice will all center on some type of a liver disorder. The most common cause is what is referred as fatty liver and is almost always the result of your cat being overweight at some point in their life. However, for some reason such as another illness, becoming lost, or just suddenly becoming a picky eater, your cat stops eating. The result is their liver backfires.

When you cat stops eating, the fat stores mobilize into lipoproteins to nourish your cat. The problem is that the liver in cats was never designed to process this sudden onslaught of fat trying to be dissolved into protein. As a result, the liver becomes overpowered by the fat and ceases to operate.

Hepatitis of the liver or inflammation of the bile duct system is also trigger points for jaundice. Both are extremely dangerous to your cat but inflammation of the bile ducts can cause the liver to fail. Bile in your cat has several functions. It emulsifies fat so it can be absorbed into your pet’s body. It also serves as an agent to dump toxins that the liver has removed so they can not be reabsorbed, which can be toxic to your cat.

Other Hepatic causes can be reactions to certain medications such as flea and tick dips and sprays that cause infections in the liver. If cirrhosis of the liver develops, jaundice in your cat is the least of the concern, as it is fatal.

These potential causes of jaundice occur after the blood has passed through the liver and include disorders that also result in the blockage of the bile from the liver. They include pancreatitis and pancreatic cancer as well as gall stones or cancer.

Icterus in cats will have some very definitive symptoms that you can watch for. The first symptoms will be a loss of appetite to the point that your cat stops eating. This is extremely dangerous as to compensate they will start drinking a lot of water which has another entire set of problems.

They may also develop an abdominal distension that could lead to vomiting and diarrhea, as well as problems breathing because of the distension. But the most telling sign will be the yellowish tint in the eyes, gums, and if severe, the skin.

The treatments will depend on the severity. If it is a liver disease and not a liver failure, it can be treated very successfully. The first form of treatment will be to discontinue any type of therapy or medications that were started prior to jaundice setting in.

Intravenous fluids as well as electrolyte therapy will be given to cats that are very ill and dehydrated. If there is a severe anemic condition, your cat will be given blood therapy treatments.

However, in the majority of cases, your cat has quit eating or they suffer from low phosphate levels. Getting them to eat again and supplementing them with Vitamin D to help process the phosphate can eliminate this condition very rapidly.

If the cause of Icterus in your cat is not an advanced form of liver disease but rather a liver infection, it can be successfully treated with a very good outcome. If it is a progressive and severe liver condition, making your cat’s final days comfortable may be the only answer.