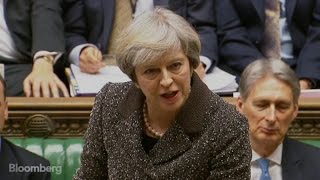 Indian Prime Minister Manmohan Singh is expected to tell President Barack Obama there is no difference between good and bad Taliban when they meet this week on the G20 sidelines.

India’s prime minister will meet U.S. President Barack Obama for the first time at the Group of 20 meeting Thursday in London.

While the global economic crisis is to dominate the official agenda, Prime Minister Manmohan Singh and the U.S. President will also discuss South Asian security.

Speaking to reporters in Guwahati in northeast India, External Affairs Minister Pranab Mukherjee said Mr. Singh is eager to discuss the insurgencies along the Afghan-Pakistani border.

Mukherjee is expressing unease with proposals to allow so-called “good” Taliban in a future power-sharing arrangement in Afghanistan to fight al Qaida and other terrorists.

“I am afraid our perception is you cannot make a distinction between good Talibans and bad Talibans,” Mukherjee said. “There cannot be any good terrorists or bad terrorists.”

The Taliban, who are primarily ethnic Pashtuns, are active in Afghanistan and Pakistan. A U.S.-led military operation in 2001 ousted the Taliban from power in Afghanistan.

The Indian minister added Afghanistan’s problems cannot be solved without simultaneously taking care of the challenges faced by it neighbor, Pakistan. Mukherjee pointed to territories under Pakistan’s administrative control as the epicenter of global terrorism.

The initial face-to-face meeting between the Indian and U.S. leaders in London this week is viewed as crucial for maintaining the warming ties between New Delhi and Washington.

The Indo-American relationship blossomed during the presidency of George W. Bush. Traditionally the United States maintained a closer relationship with Pakistan than India.

Pakistan and India have fought three wars since independence in 1947. During the Cold War era, India was officially a non-aligned state, but had a deep level of cooperation with the Soviet Union. Russia remains the top supplier of weaponry, aircraft and other equipment to India’s military.