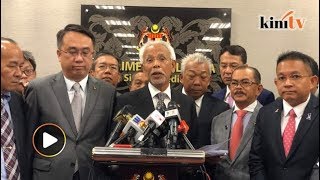 The attacks on Iraqi people are increasing in intensity. Today an explosion hit a cafeteria at the Iraqi parliament, killing at least two MPs and injuring many. What is probably a little more disturbing about this particular attack is that it happened in the so-called Green Zone. This is a particularly heavily barricaded and secured region which houses foreign embassies, headquarters of the occupying forces plus the Iraqi parliament amongst other agencies. This zone was supposed to be impregnably secure with umpteen searches, sniffer dogs etc protecting those hiding away from what is really going on in the rest of Iraq.

I deplore the deaths and injuries. But, one could perhaps hope of a positive result from this tragedy that if the Green Zone can be breached the powers that be could find it in themselves to admit the horrific mistake that is the occupation of Iraq and withdraw troops. There is no visible success here, just continuing hardships and deaths of loved ones to the ordinary Iraqi people. In any case, what would success actually mean? Less terrorism in the world? What is the point actually of what is going on in Iraq. Does anybody remember what the whole thing is about. Originally it was about Weapons of Mass Destruction which were never found. What became the next reason? The end of terrorism? What has actually happened is that terrorism has become more visible, effective and more hard core in Iraq.

It is pathetic to hear Blair for instance voice his ‘sympathy’ and ‘outrage’ for the families and friends of killed British soldiers as recently four further British troops were killed in a road side ambush operation. These four young people died because of him. He and a few supporters are the reason why troops and civilians are dying in Iraq. Is nobody accountable anymore? The Australian prime minister was in the media this week saying that he was sending more Australian troops to Afghanistan and Iraq to combat terrorism.

Politicians will tell us that to leave now, would be to leave the country in total chaos. What an admission to make. Do they actually see the irony of that statement, I wonder. What is the situation in Iraq now then, not chaos? What would happen if the American and British, and other minor supporters, forces withdrew? There would be some further blood shed while the various so called religious factions fought it out for power. In all probability the country would be carved up to accommodate the religious parties and people would have to relocate into the areas serving their religions. None of this would be a good solution. But it would be better than what is happening now. And remember eventually the western armies will withdraw, they cannot possibly stay in Iraq for ever, and the inevitable will happen, religious parties fighting for power. Nothing can possibly be gained by staying there.

In a way the rest of the world is at fault here as well. The EU, Africa, Asia have not put sufficient pressure on the States and the UK. They have condoned this kind of aggression and bullying on a fairly defenseless oil producing country by not taking any action. Oil producing? Is that the clue here? Sanctions against the States and the UK, by for instance barring products from these countries would have brought on a totally different outcome. But it’s not too late. Put pressure. Get them out of there already.

BNBBC calls for action to be taken against three DAP MPs

The three DAP lawmakers had demanded that Pandikar resign for disallowing an emergency motion on the seizure of a luxury yacht linked to businessperson Jho Low and questions related to 1MDB.