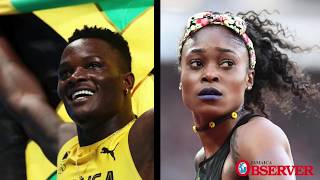 The Jamaica Weather conditions is incredible beautiful, no wonder why the island is an all year vacation paradise. The customary temperatures in the winter ranging a comfortable 22 – 31°C and summer time a maximum of 29-34°C which make Jamaica just ideal for the occasion. Despite of when you opt to vacation on the island, there will be tropical warm temperatures awaiting you.

There is no significant difference in the temperature throughout the different sections of the island; but it differs somewhat in the quantities of rainfall. The hilly areas are inclined to get a lot more rainfall in compare to the planes. As a result, places such as Port Antonio and other towns in the vicinity of the Blue and John Crow Mountains record high rainfall. The south side of the island receives the smallest amount of rainfall but with good measure.

Predicting the local Jamaica Weather conditions for towns and cities has proven to be quite a challenge for forecasters. This is noticeable as within a 40 mile radius there could be numerous scattered showers. The average yearly rainfall is about 50.5 inches; accumulation varies appreciably throughout the island. Usually, showers are short, strong then followed by sunshine. The driest period is between November and April. The rainy season is from May to October yet still dry enough for a grand vacation.

Jamaica lay inside the hurricane belt of the Caribbean. This may sound scary but do not be horrified. The hurricane period is between June and November bringing lots of unwanted notice to this area each year. However, because of its position Jamaica has being very fortunate not to be hurricane-beaten often. The storms more often than not form between the eastern Caribbean coast and West African coast line. These weather disturbances have the tendency to trek in a north westerly direction. Jamaica is situated on the western end of the Caribbean Sea. Fortunately, by the storms get closer they are already too far north to pose any serious concerns. Another important factor also is the size of Jamaica. The smaller the target the harder it is to hit. This is evident in the many times Cuba and Florida have suffered.

The most recent direct assault Jamaica had was hurricane Gilbert in 1988 and the previous one was hurricane Charley in 1951. Another reason not to panic is that with the present technology which is available there is ample warning if there is any significant development. I can assure you there will be sufficient time to get out of the way safely.

In light of the discovery, Minister of science, energy and technology, Dr Andrew Wheatley on Thursday cautiously welcomed the report and said that the find could increase economic activity and help to solve Jamaica’s growth problems.

Meanwhile, there is a growing online petition calling for strategic limited states of public emergency across the parishes of Clarendon, St Catherine and St Andrew as a means of sustaining the momentum, which will have a beneficial ripple effect in the adjoining parishes of St Ann, Manchester and Kingston, garnered from the security measure now in effect in St James.

In sport, Jamaica’s first ever female bobsleigh team to compete in a Winter Olympics finished 19th out of 20 participating countries in Pyeongchang, Korea Wednesday.

Watch as OBSERVER ONLINE wraps this week for you.