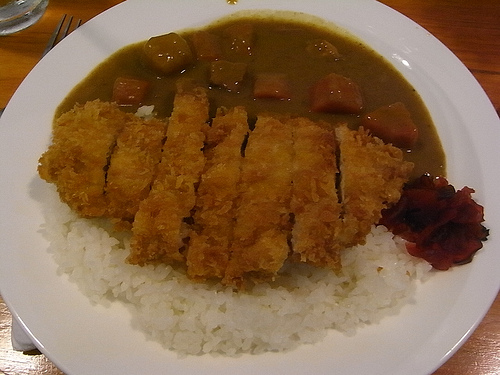 In the majority of elementary schools, students are not required to wear a uniform to school. Where uniforms are required, many boys wear white shirts, short pants, and caps. Young boys often dress more formally in their class pictures than they do other days of the school year. Girls’ uniforms might include a gray pleated skirt and white blouse. Occasionally the sailor outfit is used for girls. The uniform codes may vary by season to work with the environment and occasion. It is common for both boys and girls to wear brightly colored caps to prevent traffic accidents. Also, it is normal for uniforms to be worn outside of school areas. This is going out of fashion and many students are wearing casual dress.

The Japanese junior- and senior-high-school uniform traditionally consists of a military style uniform for boys and a sailor outfit for girls. These uniforms are based on Meiji era formal military dress, themselves modeled on European-style naval uniforms. The sailor outfit replace the undivided hakama (andon bakama ) designed by Utako Shimoda between 192030. While this style of uniform is still in use, many schools have moved to more Western-pattern parochial school uniform styles. These uniforms consist of a white shirt, tie, blazer with school crest, and tailored trousers (often not of the same color as the blazer) for boys and a white blouse, tie, blazer with school crest, and tartan culottes or skirt for girls.

Regardless of what type of uniform any particular school assigns its students, all schools have a summer version of the uniform (usually consisting of just a white dress shirt and the uniform slacks for boys and a reduced-weight traditional uniform or blouse and tartan skirt with tie for girls) and a sports-activity uniform (a polyester track suit for year-round use and a t-shirt and short pants for summer activities). Depending on the discipline level of any particular school, students may often wear different seasonal and activity uniforms within the same classroom during the day. Individual students may attempt to subvert the system of uniforms by wearing their uniforms incorrectly or by adding prohibited elements such as large loose socks or badges. Girls may shorten their skirts; boys may wear trousers about the hips, omit ties, or keep their shirts unbuttoned.

Since some schools do not have sex-segregated changing- or locker-rooms, students may change for sporting activities in their classrooms. As a result, such students may wear their sports uniforms under their classroom uniforms. Certain schools also regulate student hairstyles, footwear, and book bags; but these particular rules are usually adhered to only on special occasions, such as trimester opening and closing ceremonies and school photo days.

Museum exhibit of the uniforms of the Ichikawa Gakuen school. The middle mannequin is displaying a gakuran.

The gakuran (?) or the tsume-eri (?) are the uniforms for many middle school and high school boys in Japan. The color is normally black, but some schools use navy and dark blue as well.

The top has a standing collar buttoning down from top-to-bottom. Buttons are usually decorated with the school emblem to show respect to the school. Pants are straight leg and a black or dark-colored belt is worn with them. Boys usually wear penny loafers or sneakers with this uniform. Some schools may require the students to wear collar-pins representing the school and/or class rank.

The second button of the top of a male’s uniform is often given away to a female he is in love with, and is considered a way of confession. The second button is the one closest to the heart and is said to contain the emotions from all three years attendance at the school. This practice was apparently made popular by a scene in a novel by Daijun Takeda.

Traditionally, the gakuran is also worn along with a matching (usually black) student cap, although this custom is less common in modern times.

The Gakuran is derived from Prussian army uniforms. The term is a combination of gaku () meaning “study” or “student”, and ran ( or ) meaning Holland or, historically in Japan, the West in general; thus, gakuran translates as “Western student (uniform)”. Such clothing was also worn by school children in South Korea and pre-1949 China.

The sailor outfit (, sr-fuku?) is a common style of uniform worn by female middle school and high school students, and occasionally, elementary school students. It was introduced as a school uniform in 1920 in Heian Jogakuin (?) and 1921 by the principal of Fukuoka Jo Gakuin University (?), Elizabeth Lee. It was modeled after the uniform used by the British Royal Navy at the time, which Lee had experienced as an exchange student in the United Kingdom

Much like the male uniform, the gakuran, the sailor outfit bears a similarity to various military styled naval uniforms. The uniform generally consists of a blouse attached with a sailor-style collar and a pleated skirt. There are seasonal variations for summer and winter: sleeve length and fabric are adjusted accordingly. A ribbon is tied in the front and laced through a loop attached to the blouse. Several variations on the ribbon include neckties, bolo ties, neckerchiefs, and bows. Common colors are navy blue, white, grey, light green and black.

Shoes, socks, and other accessories are sometimes included as part of the uniform. These socks are typically navy or white. The shoes are typically brown or black penny loafers. Although not part of the prescribed uniform, alternate forms of legwear (such as loose socks, knee-length stockings, or similar) are also commonly matched by more fashionable girls with their sailor outfits.

Wikipe-tan clad in a Japanese school uniform, depicted in an anime art style

Various schools are known for their particular uniforms. Uniforms can have a nostalgic characteristic for former students, and is often associated with relatively carefree youth. Uniforms are sometimes modified by students as a means of exhibiting individualism, including lengthening or shortening the skirt, removing the ribbon, hiding patches or badges under the collar, etc. In past decades, brightly coloured variants of the sailor outfit were also adopted by Japanese yankee and Bszoku biker gangs.

Because school uniforms are a popular fetish item, second-hand sailor outfits and other items of school wear are brokered through underground establishments known as burusera, although changes to Japanese law have made such practices difficult. The pop group Onyanko Club had a provocative song called “Don’t Strip Off the Sailor Suit!” Sailor outfits, along with other styles of school uniform, play an undeniably large role in otaku culture and the Japanese sexual canon as evidenced by the large amount of anime, manga, and djinshi featuring characters in uniform, Sailor Moon being one of the most popular examples.

Design & Mystique of the Japanese School Uniform at PingMag