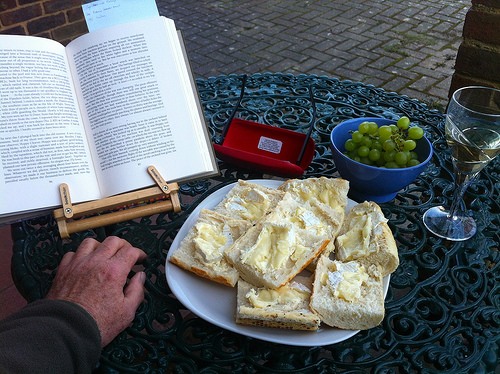 1. Give the people of Iraq a direct ownership stake in the oil that’s being pumped out of their land.

2. Form a corporation and give all Iraqi citizens equal shares.

3. As owners of the corporation they can contract with Shell, Exxon, or others to develop and market the oil.

4. Start pumping and selling oil on the free market, generate billions in revenue.

6. The effect will be to make the people of Iraq partners in the corporation, and it will give them a reason to defend the oil fields from terrorists because they will be defending something they own and benefit from. In other words, they’ll have a real, live stake in the outcome.

7. Furthermore this solution resolves the problem of unemployment in Iraq, which has been epidemic ever since we started bombing them 36 months ago. You will also be pumping money in their economy, creating demand for goods and services, and jump starting their economy immediately.

8. On the other side of the world it will stem the sea of red ink (over a billion per week) that’s flowing out of the US treasury, which threatens to burden future generations with debt, and undermine our own economy for decades to come.

9. It will democratize, instead of monopolize, Iraq’s fledgling free market economy and it will create natural setting in which the political democracy that most Americans claim to support, will be actively encouraged to take root.

10. It will also demonstrate to the rest of the world (and to large segments of a cynical American public) that the American people did not attack Iraq for the benefit of a few oil barons here in the US or around the world.

Now a proposal along these lines was recently suggested by Senator Chuck Hagel (Republican, Nebraska), and presented to President Bush before the arrival of Iraq’s Interim Prime Minister. Bush has yet to comment. But while he hesitates, individual American soldiers, (along with Iraqi’s) are dying or being wounded, families are suffering, and billions of dollars are being loaded on the backs of future generations.

However, if this simple ten point solution makes as much sense to you as it does to Senator Hagel, and to me Joe L. Buckett, then I suggest you write your Congressmen right now and urge them to support it. Tell them also that you see this as a long term, systematic deterrent to the terrorism growing in the Middle East and see if you get a response.

For the moment, let’s call it THE PARTNERSHIP ACT, and on behalf of the people of the world, let’s ask the American people to take a solid stand in the name of democracy for Iraq. Let’s do it right now and avoid procrastinating any further in this time of immediate crisis. There really is no time like the present, so do it right now