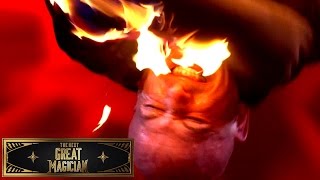 If there is one book that has galvanized an entire nation with its literary toolkit, and storytelling abilities, it is Freedom by Jonathan Franzen. The novel is complete with bells and whistles also, which brings the American middle class life out in the open. He has created a memorable family whereas his own transformation into a writer who has threadbare analyzed the political-socio-economic plight of his country is complete. Earlier he more of a was a sharp tongued satirist who could dissect his characters with ease.

The first novel written by Jonathan Franzen was titled The Twenty-Seventh City, which had several liberally borrowed pieces from Don DeLillo and Thomas Pynchon. The novel he came up with in 2001, The Corrections, showed clearly he was determined to create a contemporary America in his fictional world. He had stopped creating a cartoonish picture of things; instead he chose to deconstruct the history of a dysfunctional family.

With the arrival of The Corrections, Jonathan Franzen had discovered his unique (and flexible) voice and had stopped pontification at the same time. He was now ready to create three dimensional characters. The novel he started creating had become a hybrid in which his characters seemed at odds with his (the author’s) misanthropic view of life. There are times when readers feel the characters’ self importance appear inflated and so seems every positive or negative quality (if only to increase readers’ interest in the story).

The Son Is Mad At His Family

The Berglund family’s members look like caricatures assorted together, for example, Walter Berglund is too nice (painfully good) a character who sells out his environmentally conscious soul to a coal company. Patty, his wife also looks nice on the surface but is actually a nagging soul who goes through unexpected anger bursts at times. Their son, Joey, is so mad at his family that he moves out to live with his girlfriend’s family.

Jonathan Goodwin Sets Himself on Fire | The Next Great Magician

Subscribe now for more! http://bit.ly/2f6uxeZ
Episode: 1, Aired: 06/11/16
The amazing Jonathan Godwin performs an extreme stunt in front of a live studio audience. DO NOT TRY THIS AT HOME!

Subscribe now for more! http://bit.ly/2f6uxeZ
Every Sunday, 7pm on ITV