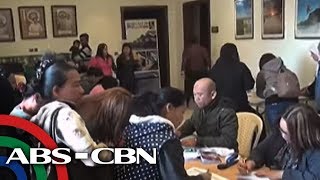 Kuwait is a bustling metropolis counted today among the most developed countries in Arab League. Despite being a small country, it is increasingly become a career choice for professionals willing to relocate in Gulf. Jobs in Kuwait are becoming popular with Governments of UAE and Saudi Arabia focusing on Emiratisation and Saudization of workforce in private companies. The economy of Kuwait is dependent on its fifth largest oil reserves in the world but is diversifying like all other countries in the Middle East. The hordes of professionals move to the city attracted by hefty salaries and high standards of living which is apparently quite a common phenomenon in Gulf States.

Jobs in Kuwait are grabbing more and more attention of professionals since with growing popularity of destinations like Dubai, Abu Dhabi, Riyadh, etc. has made their selection processes highly competitive. Such high numbers of professional experts relocate to Kuwait every year that population of migrants greatly outnumbers those of natives. There are barely 30% Kuwaitis living in the country today, moreover, expats account for nearly 85% of the workforce. The scenario is similar across Middle Eastern countries; however, this is allowed to happen because it is the need of the hour for them. Since there is a grave dearth of skilled human resource in the region, outsiders are hired to uplift the economy and reduce dependence on oil and gas reserves. Kuwait offers employment opportunities for both skilled & semi-skilled workers and this is what expands the workforce base in the country. It has job openings for all kinds of positions at various levels across diverse industries for different kinds of talented professionals. The sectors like finance, hospitality, technology, healthcare, marketing and others are employing people with specialized skills to help them progress. In fact, all jobs in Middle East, be it in any part of the region are meant to grow in numbers as long as its own people are not trained. The Government in the region certainly lays out welcome mats for the foreign professionals who leave their native land to make their contributions here. But, most of the Gulf cities don’t allow permanent settling down of expatriates as it ultimately aims at being self sustained. Prior to taking a final decision,

it is extremely important that you understand the working and living culture of the city you plan to shift to (with or without family). So, here are some facts for professionals taking up jobs in Kuwait across various positions and sectors: General information (on currency, language and climate): -The currency used is Kuwaiti Dinar ‘KD’. -Though Arabic is the official language, English is used widely as natives understand that foreigners can only interact in English. -The climate in Kuwait can be very hot in summers approaching 55°C with low humidity and can be extremely cold during the winter season. Other information (Social customs, Business hours and Public holidays): -Kuwaitis are very hospitable and generous following a long tradition of tolerance. For them, social life is visiting extended family as they do not need external provisions for recreation.

The mingling of Westerners and Arabs outside work is usually not seen however liberal they may be. -The weekend generally begins on Thursday and goes on till Friday but there are some companies open on Thursdays as well. Some of the public holidays include New Year’s Day (Jan 1), Kuwaiti National Day (Feb 25) and Liberation Day (Feb 26). Others based on sighting the moon are: Eid al-Fitr (End of Ramadan), Eid al-Adha (Feast of the Sacrifice), Islamic New Year, Birth of the Prophet & Leilat al-Meiraj (Ascension of the Prophet).