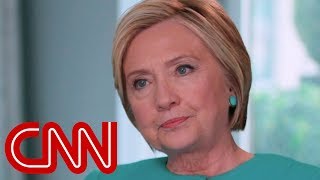 She was recognized with her family in New Jersey on Wednesday, visiting a nursing home in Lincoln Park with mother Cynthia Germanotta and her boyfriend Luc Carl. Many of the tabloids have seen the similar looks of these two powerful women in their articles.

Lady Gaga looked serious as she walks into the nursing home in Lincoln Park, New Jersey on Wednesday to visit her grandfather Joseph

Gaga, one of the most busy and hard-working pop stars in the world, is best-known for her offbeat style when performing. She often uses a number of costumes and wigs that she designs and puts together herself for her performances. Her early work can be found on the Red and Blue album that was produced in conjunction with Def Jam Records prior to adopting the stage name of Lady Gaga.

Lady Gaga has made anyone who knew her before very surprised with her continuous fashion-style changes. In contrast to her appearance like Hilary Clinton on Wednesday, the beautiful singer attended MTV Video Music Awards in a 50 lb. dress made of meat that took three days to make and had to be refrigerated between sessions to prevent rotting. Last week Lady Gaga put on a spectacular show at the Hartford XL Center. Her Connecticut fans filled the house with no room to spare to watch their Lady of Gaga perform.

She wore a 50 lb. dress made of meat on MTV Video Music Awards

The two Images of Hilary Clinton and Lady Gaga