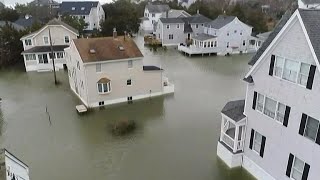 Imagine the most perfect treatment for eliminating your back or neck pain. That treatment would be effective, safe, fast, durable, affordable, minimally invasive, convenient and painless. This means avoiding aggressive dangerous procedures whenever possible, preserving or improving your quality of life, making the recovery process as quick and easy as possible, and getting treatment with little or no after effects.

You may suffer with chronic back or neck pain and try treatment after treatment only to discover you have a disc condition and need surgery. Here’s why. Each “disc” lies between bones of the vertebrae, acting like “shock absorber” that provides your spine with the flexibility it needs to move painlessly. A disc becomes herniated when the softer central part of the disc tears through its outer, more rigid exterior. Think of it like applying pressure to the top of a jelly doughnut, only to see the jelly break through the sides. Although this is a crude example, it’s basically what can happen to the discs of the spine with injuries or trauma. Unfortunately, this disc fragment is now released from its usual location and presses against sensitive nerves causing considerable pain, suffering, and agony. Many drugs and other procedures only mask the pain for a short time or cover the problem, without addressing the real issue. Laser spine surgery offers a solution.

However the traditional laser spine surgery most doctors prescribe can be dangerous and has several significant drawbacks.  One way or another, a painful herniated disc fragment needs to be removed. Layers of tissue (skin, muscle, ligaments, bones and nerves) lie between your skin and the damaged disc. Traditional laser spine surgery involves actually drilling holes in the bony roof of your spine (called a laminotomy) to get down to the damaged disc for repair. As you can only imagine this creates a significant amount of adjacent or collateral damage – damage that may later require additional fusion surgery because the spine was weakened by the initial procedure. Once the surgeon has gotten to the root of the problem the procedure may involve implanting one or more artificial spinal discs or removing the entire disc and then fusing the vertebrae together creating further trauma to the surrounding tissues but hopefully fixing the problem.  These traditional laser spine surgical treatments are highly invasive procedures and usually require months to years for a full recovery, large scars, permanent muscle damage, destabilization of the spine, months “off work”, loss of normal spinal alignment or motion with fusions, and prolonged use of powerful pain killers. What if there was a better way?

Typically the part of the disc that is herniated only consists of 10 percent of the normal disc and traditional procedures destroy the 90 percent of the disc that’s good to get to and remove the 10 percent that’s bad. Through an incision smaller than a dime, this pioneering procedure uses precision endoscopic laser technology to remove the 10% tissue causing pain, while preserving the rest of your disc for normal, painless movement. By using an endoscope, a very precise laser, and the smallest surgical incision performed anywhere, the painful disc is repaired – not removed – by eliminating the “pain generator” from the disc. Better than a spinal fusion or artificial disc for treating pain, Deuk Laser Disc Repair™ is done naturally without use of fusion or metal implants into your body. The surgery is so gentle and natural that hospitalization is not needed. By having the surgery done in a state of the art surgery center rather than a hospital, you will heal safer and more quickly. The result is frequently freedom from pain with little to no effect on range of movement, a recovery period allowing a return to work only three days or less after surgery, greatly minimized scarring, and many other benefits. Unlike fusion or artificial disc surgery, complications are rare with Deuk Laser Disc Repair™.

You don’t have to live with chronic back or neck pain any longer. While laser spine surgery has often been considered a “last resort”, the Deuk Laser Disc Repair™ effectively treats painful spinal discs and cures back and neck pain without further damage or collateral damage to the surrounding areas.

Flood warnings in effect ahead of nor’easter

Flooding is a big issue as a nor’easter spins up the coastline. Warnings and advisories are posted along the Mid-Atlantic coast, and more will go into effect in New England. DeMarco Morgan reports from in Duxbury, Massachusetts, where some homeowners are getting ready to evacuate.

Get the latest news and best in original reporting from CBS News delivered to your inbox. Subscribe to newsletters HERE: http://cbsn.ws/1RqHw7T

Get your news on the go! Download CBS News mobile apps HERE: http://cbsn.ws/1Xb1WC8

Get new episodes of shows you love across devices the next day, stream local news live, and watch full seasons of CBS fan favorites anytime, anywhere with CBS All Access. Try it free! http://bit.ly/1OQA29B

Delivered by Norah O’Donnell and Gayle King, “CBS This Morning” offers a thoughtful, substantive and insightful source of news and information to a daily audience of 3 million viewers. The Emmy Award-winning broadcast presents a mix of daily news, coverage of developing stories of national and global significance, and interviews with leading figures in politics, business and entertainment. Check local listings for “CBS This Morning” broadcast times.