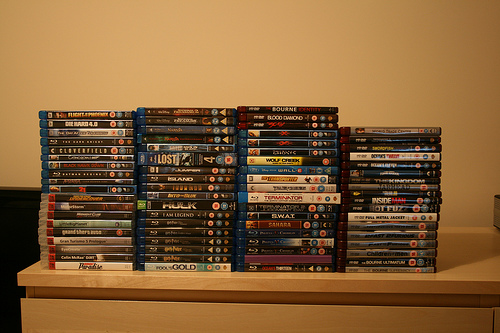 The market for televisions is changing constantly as technology brings more innovations, better products and provides customers the features and quality they demand in their electronic products, such as the LCD TV. The multiple brands and different models that arrive with the new features meet a variety of features that customers are looking for.

Manufactures stay competitive with the research and development of new and different technologies. LCD, Plasma and the CRT televisions are the most popular varieties on the market at this time, but given just a few years, this will change as technology continues to strive to deliver the clearest, most precise pictures for your viewing. Though the old conventional televisions with a cathode ray tube are a much less expensive option, it is bulky and the technology is obsolete.

LCD TV or liquid crystal display television is a favourite variety of television for a wide base of consumers because this model of television is fit to actually hang on the wall as an art piece. The thin casings are cutting edge design elements. Because this wall hanging is so compact and sleek, it only adds to the decorative theme you already have in place. The LCD television is truly worthy of being defined as a decorative piece for any room.

The energy efficiency of this type of television makes the LCD television the “greenest” selection of television on the market. Improved technology in the contrast ratio has brought the level of colour reproduction to the professional levels that the film makers enjoy. Imagine seeing a recent movie such as Avatar and feeling as if you are right in the film! This television is amazing when it comes to the intensity and clarity of colour.

One of the neatest technological improvements is the ability to watch multiple pictures on the screen; you can see your favourite soccer game at the same time as you watch your favourite cricket teams! Sound quality has also been drastically improved, from the faintest whisper to the loud explosive action of your favourite movies will sound as if it were happening right in your own sitting room.

LCD television has come so far that even home theatres are employing this type of LCD screen. The leader in the market as the most desirable home theatre is the LCD Theatre set up modelled after the LCD television. The LCD technology is advancing the whole experience of television and the latest movies. The programs are clearer and sound much better and the television can be set to record the programs you want to see, when you want to see them. These televisions are gaining the reputation of being the most economical choice because their longevity is about two times more than other types of televisions. You save money over the long run with a LCD television.

You can find the best LCD TV deals including the very best on cheap Samsung LCD TVs and much more from the leading brands.