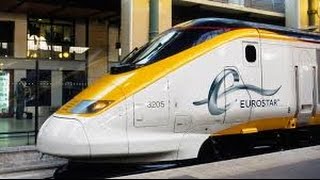 The likely legal case between Alstom and Eurostar is one which any west London solicitor would identify as both big and a challenge. To get an idea of just how big, Alstom is a global leader in transport and energy infrastructure. They are currently found in over seventy countries, make sales of 23 billion Euros and have nearly 100,000 employees.

It has been reported that Alstom is considering legal action against Eurostar. The rationale for them considering is very straightforward. Eurostar made a decision to buy new high speed trains from the German company Siemens.

What makes this very frustrating for Alstom is that they have previously delivered the trains for Eurostar and secondly the contract is worth £700 million. This investment was recently announced by Eurostar and they outlined that it was in order to have ten new trains.

The Eurostar contract effectively values each train at £70 million which is about the price of an RAF Eurofighter Typhoon. Clearly this is no ordinary train. Siemens has decided to use ‘distributed motorization’ which means that each carriage of the train has motors under the floor, rather than having one engine at the front and one at the back.

High speed rail is without question a significant part of future European travel. The UK government is hoping to introduce high speed rail in the UK, increasing the current lines from London’s King Cross St.Pancras station up to Birmingham, Manchester and Scotland. In the long-term high speed rail is needed in the UK and around Europe because it is greener and cheaper than flying across already overcrowded skies.

A legal case like this would be a prolonged and costly battle with world class legal teams and the best possible legal advice. The average west London lawyer, equipped with a small legal team may well struggle in a case of such magnitude.

In this video, we look at my train journey from Paris Gare du Nord to London St Pancras station on board a Eurostar train.

We start off checking in at the Eurostar designated section of Gare du Nord in Paris. After check-in, I proceed through immigration & security to enter the secured section of the train station. It’s soon time to board. I enter my Standard Class carriage and put my trolley away on the baggage rack then take my pre-assigned seat. I review the cabin & seat, and the other on-board offerings that come with Eurostar Standard Class. We soon arrive at St Pancras station, and I quickly pass through a customs checkpoint before I take an Uber to my hotel.