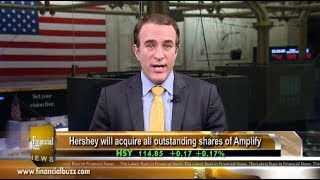 On Monday the housing market index for December rose 5 points to 74 as home builder sentiment rose to its highest level during the current economic recovery. Markets continued to gain on tax reform optimism with the Dow Industrials, S&P 500 and Nasdaq composite all closing at records highs.

On Tuesday housing starts for November rose 3.3% to an annualized 1.297 million units. Ten year Treasuries yielded 2.46%, the highest in nine months, and U.S. crude settled at $57.46 a barrel. The tech sector took a hit as Apple was downgraded by an analyst from buy to neutral.

On Wednesday, existing home sales in November rose 5.6% to an annualized 5.81 million units and the EIA petroleum status report for the week ending December 15th saw crude oil inventory fall 6.5 million barrels. Congress passed a tax reform bill that included a cut in the corporate tax rate to 21% from 35%, and the ten year Treasury yield continued to rise, hitting 2.5%.

On Thursday, the third and final estimate of the third quarter GDP came in at 3.2%, and jobless claims for the week ending December 16th rose 20,000 to 245,000. Markets rose modestly as a few large corporations announced that they would spend some of the savings from lower corporate taxes on higher wages and capital expenditures.

On Friday durable goods orders for November rose 1.3%, compared to a .4% decline the prior month, and personal income for November rose .3% while consumer spending rose .6%. New home sales for November soared 17.5%, to an annualized 733,000 units, its highest level in more than 10 years and Congress approved a bill to keep the government funded through January 19th. Markets opened mostly unchanged on the news. Now let’s take a look at some stocks.

Amplify Snack Brands, Inc. (NYSE: BETR) and The Hershey Company (NYSE: HSY) announced on Monday that they have entered into an agreement under which Hershey will acquire all outstanding shares of Amplify for $12.00 per share in cash. The deal is expected to close in the first quarter of 2018.

Vipshop Holding Ltd. (NYSE: VIPS) shares surged nearly 40% on Monday after Tencent Holding Ltd. and JD.com Inc. announced they will invest a combined $863 million in Vipshop. Under the deal, Tencent will invest $604 million, while JD.com Inc will invest $259 million. Tencent and JD.com will pay $13.08 for each share of Vipshop, representing a 55% premium over its closing price last Friday.

Bed Bath & Beyond Inc. (NASDAQ: BBBY) announced financial results for its third quarter on Wednesday, with both earnings and revenue beating estimates. However, higher advertising costs and lower margins have forced earnings to decline year over year, leading the stock to drop over 10%.

PG&E Corp. (NYSE: PCG) shares fell by 14% Thursday after the board suspended the company’s quarterly cash dividend beginning in the fourth quarter of 2017. The company cited uncertainty related to potential liabilities associated with the Northern California wildfires. Shares hit a new 52-week low of $41.61 after the announcement.

© 2011 Financial Buzz. All rights reserved. No portion of FinancialBuzz.com may be duplicated, redistributed or manipulated in any form without our consent, violators will be prosecuted to the full extent of the law.