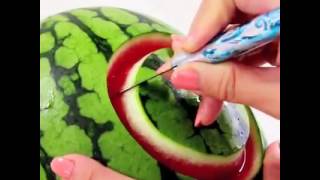 Chances are your instructor will not let you spar until you’ve attained a certain level of physical fitness and have mastered some basic techniques. That means being able to withstand a hit should you be unfortunate enough to take one. It also means you understand not only how to perform basic punches, kicks, and strikes, but why they are performed the way they are. Once you’ve progressed that far, you will be slowly introduced to sparring.

One of the best ways for new students to start learning about sparring is by observing it in action. Take every opportunity to carefully watch your classmates spar. It’s too easy and common for new students to let their minds wander during a sparring session because they don’t understand what’s happening. Indeed, to a novice, sparring can look fairly unstructured and disorderly.

Start by comparing sparring to other sports. Sparring is probably most similar to boxing in that the fist is used to strike an opponent. Because of the similarity, you will probably routinely observe some beginning male martial artists boxing with their opponents rather than sparring-something the instructor should be quick to correct. In this instance, a student will come into his opponent with his arms held close to himself, hands protecting his face, then he’ll lash out with a series of short jabs to the opponent’s face or gut.

To understand sparring, you need to understand the concept of offensive and defensive. When a student goes on the offensive, she is playing the role of attacker or aggressor. Perhaps part of the reason so many women are turned off by sparring is because the word “offensive” is synonymous with displeasing, rude behavior-a trait most women were taught from an early age not to display. A defensive person, on the other hand, resists aggression. Here, the student would be likely to execute blocks against her opponent’s kicks and strikes. Most women I’ve observed sparring behave defensively during a match. But as we’ll see, this strategy can at times be extremely effective.

If accepting that offensive behavior is a necessary part of martial arts fighting is difficult for some women, learning to forfeit control is even tougher. Between the time a student begins training and the time she starts to spar, she has basically been in control. Forms and basic-moves drills certainly give students a great deal of control. In most instances, students performing forms and drills are working by themselves, and any mistakes they make will not cause them to incur a hit from another student. Even self-defense drills enable students to retain control. Though performed with a partner, self-defense drills are usually well-choreographed, with the instructor talking students through every step; hence, these drills also allow students to maintain a high degree of control. On the other hand, sparring introduces into training risk and the unexpected.

Sparring is also a strong reminder to students that they are studying a fighting art. It’s important for beginning students to occasionally remind themselves of this. Though obvious, this fact often gets lost on new students who become all-consumed with perfecting basic moves and practicing them in forms. Since the martial arts teaches that no student, even an advanced black belt, can ever attain perfection, many students become intent on coming as close to perfection as possible. But basic moves and forms are not just for show; they serve a practical purpose. As you learn basic blocks and strikes, think about how they might be applied to an opponent and why they are thrown the way they are. If you’re not sure, ask the instructor.

Indeed, use your role as new student to begin preparing yourself for sparring. All too often, new students don’t give sparring a second thought, then are terrified when they realize their instructors want them to start participating in class sparring. By observing students sparring now, you will be that much less intimidated when it comes your turn to stand facing an opponent in the center of the training floor.

Certainly, you’ll have time to observe lots of sparring matches since it will probably be a while before you’re expected to spar. New students will focus solely on rolls, grabs, throws, blocks, punches, strikes, and kicks. During this part of your training, what will quickly become apparent is that basic moves are anything but basic. For example, learning to throw a punch is not as simple as clenching your fist and throwing it out in front of you. You have to understand how to make a fist, what part of the fist strikes the target, how both arms come into play, and what role the hips play.

Later, students are taught to combine basic moves. Again, it’s not as simple as it appears, so keep this in mind when frustration sets in. Consider this: If you have ten instructions to think about when throwing a punch, you now have perhaps as many as twenty going on at once as you learn to execute a punch followed by a block. After successfully coordinating two basic moves, you’ll learn to perform three, then four, and so on until combining as many as ten moves becomes second nature.

Eventually, students are teamed up with high-ranking partners who help them learn throwing, choking, and holding techniques designed to immobilize an opponent, as well as advanced escape techniques. As new students become more accustomed to working with partners on these self-defense drills, the students develop distance, timing, speed, power, and eye-hand coordination. At each level, from learning the basics to working on self-defense moves with a partner, you should be comparing what you’ve learned to the students you observe sparring.

When students are comfortable and fairly adept at these training techniques, they are ready to begin sparring on a limited basis. If they are studying karate, tae kwon do, or kung fu, it will be referred to as sparring. If they are studying aikido or judo, it will be referred to as randori. Though they go by different names, the premise is basically the same-to put all the moves learned into practical application in order to conquer an opponent.

You’ll often hear aikido referred to as a non-combative martial art because it emphasizes throws and joint techniques over striking and kicking. Here, students learn to move with a push, and if pulled, move with that motion, in effect blending with an opponent’s movement and direction of power. However, aikido incorporates randori training just as judo does in which one student is attacked or set upon by one or more students.

Still, aikido is one of the least aggressive martial arts. At the opposite end of the spectrum are styles such as Shukokai karate, where students are taught to move straight into an opponent while throwing a series of rapid-fire punches, strikes, and kicks. These students waste no time in getting to their opponents, and for this reason often excel at point sparring.